National
Cleaners at St Kevins fired for sweeping everything under carpet
1st of your 1,000,000 free articles this month 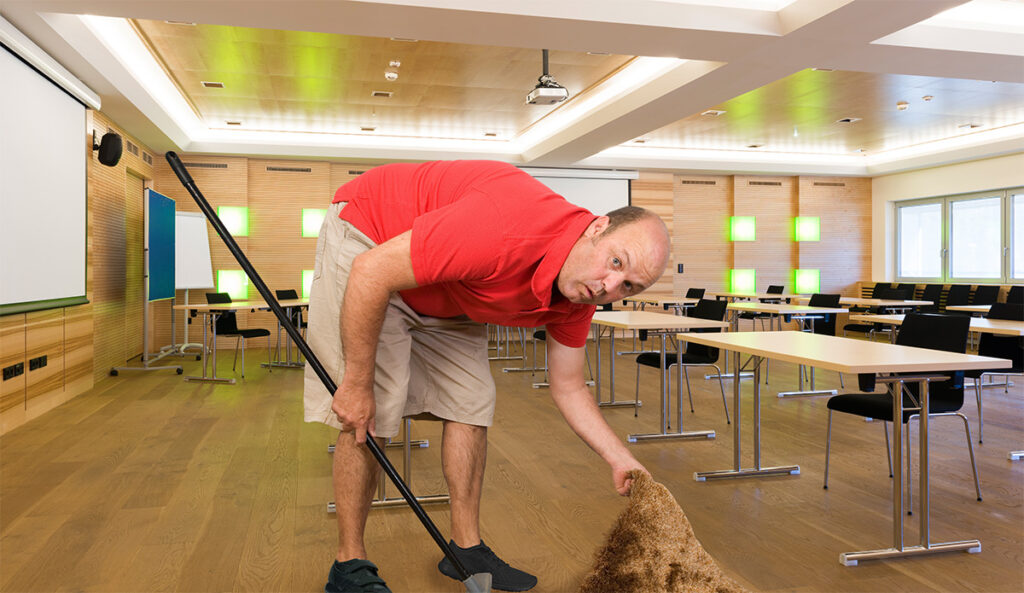 All cleaners at St Kevin’s College have been fired effective immediately today, following a new shocking revelation today that they have just been sweeping everything under the carpet for years. The decision is the new Principal John Crowley’s first order of business, with the Headmaster saying he simply had no choice after breaking his ankle while trying to enter the school’s office for the first time this morning.

Speaking from outside Toorak X-Ray clinic, the Crowley said that they had no choice given the school’s new zero-tollerance approach to sweeping things under the rug. “There are bulges everywhere, the place is an absolute mess!” Crowley explained while waving his crutches in anger. “We’ll definitely need to refurbish the entire school and increase tuition fees to pass the cost onto parents.”

One of the cleaners, Ken Sweep, has hit back at the claims of inappropriate behaviour, stating that the sackings are unfair and his team were simply acting as instructed. “We’ve worked in churches for years without any problems, all the way from Ballarat to the Arch Diocese of Melbourne. It’s actually the reason we got the gig here!” he explained. “Ah well, no harm done, guess we’ll just move on to the next Catholic institution. Shouldn’t be difficult either, the Principal has very kindly offered us all a character reference, stating how great we all are at cleaning.”

Broadcaster Andrew Bolt could not be reached for comment on this piece, due to a prior surgical appointment to get his foot removed from his mouth