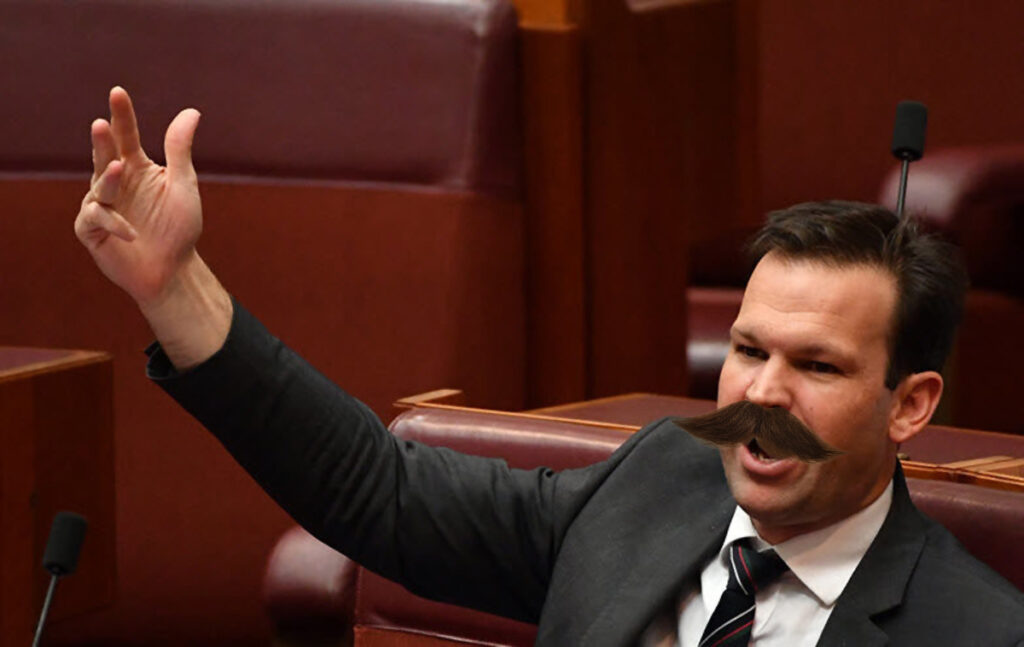 In another twist in the dual citizenship saga in Australian politics, Queensland Senator Matt Canavan has come out strongly against claims he is a dual Italian Citizen today by exclaiming “mi scusi im not Italian. Canavan set up a snap media conference in order to quell the suspicions of his citizenship. When pressed about his Mothers claims that she had registered Canavan as a dual Italian Citizen, the senator stated, “Eh, mamma have too many glasses of Rosso with Nonna’s spaghetti and meatballs, she, ah, not thinking straight.”

Oddly, Canavan called the snap media conference inside “Giovanni’s Italian Restaurant”, in his residence of Rockhampton Queensland, a decision made because it “is much better than Antonio’s”, a rival Italian restaurant in the area. Canavan kept the event short, ending by offering the reporters who had made the trip pizza, anti-pasto and an espresso.

While Canavan’s explanation was confusing, the controversy has confirmed suspicions among Liberal staffers, most notably those of former Prime Minister Tony Abbott. Abbott explained, “First time I met the bloke he kissed me on both cheeks, I was about ready to clock him over the head I was that mad. At least now I know he’s just Italian and not, you know, gay or anything.”

However Canavan’s suspicious citizenship was not surprising to all, local Rockhampton resident, Mick Quarry, claims “I knew he was a fucking dago, every time he does a publicity stunt down at the pub, he orders a fucking Peroni, and don’t get me started on the wanker glass he makes the bar keep put it in!”