National
Barnaby Joyce wondering whether interview will affect future chances of picking up
May 31, 2018 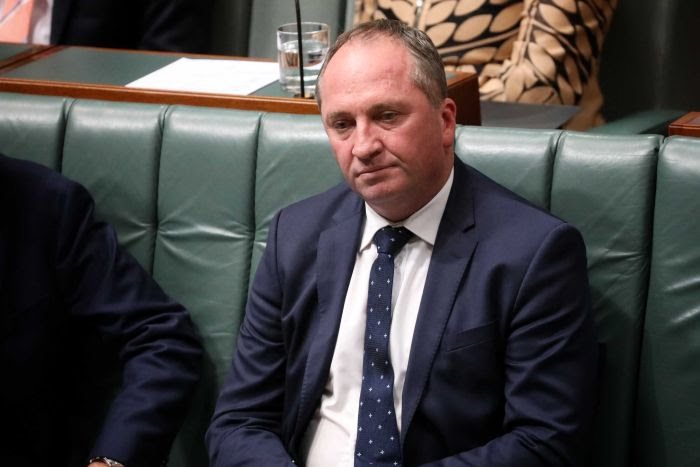 Barnaby Joyce has expressed privately to the nation’s media that he’s beginning to suspect the events of the past few months may adversely affect his ability to pick up staffers in the future.

“Look, on the bright side, Vicki has walked away with $150k so it’s not like she’s been totally dudded by going out with me,” he said.

“But the fact that I come across as a narcissistic dick who blames everything on other people will probably send the wrong message to all the single ladies out there walking the corridors of Parliament House. Personally I blame Vicki for that.”

Joyce said everyone now knows that he’s got a baby and most women steer clear of having affairs with men in that situation. “I’m going to hold that against Sebastian for the rest of his life,” he told the entire nation even though they didn’t want to know.

Joyce told The Chaser “you can’t choose who you love, and in my case, it’s whatever piece of skirt is hottest in the parliamentary bar.”

Barnaby Joyce has sent an invoice of $75,000 to The Chaser for the comments in this article.