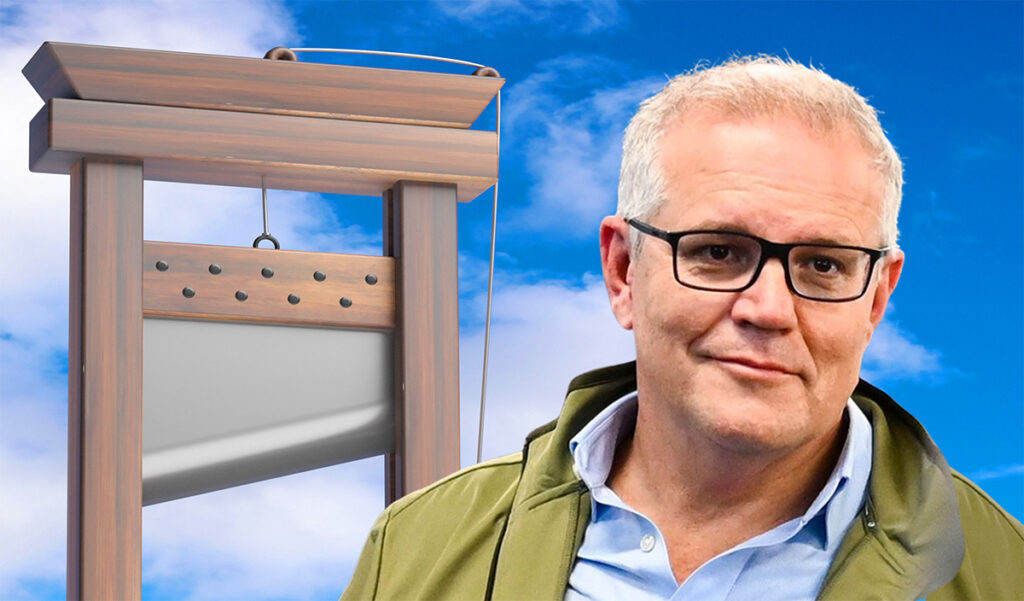 Prime Minister Scott Morrison has today announced an ambitious campaign to curb the country’s emissions, by cutting all inner city lefties in half by 2030. The plan will help to solve the climate crisis by decreasing overpopulation, while also conveniently solving the Liberal Party’s polling problems.

“Imagine all the excess emissions that will disappear when the nation drastically cuts back on its usage of coffee machines, toasters, and on-road SUVs,” said the Australian Prime Minister to a global climate conference earlier today. “It’s a win-win for everyone, the lefties get a climate target, and our buddies in the coal industry get to keep on doing what they do best.”

However, there have been some reservation amongst inner city left wing voters about the Prime Minister plans to chop them all in half. “Personally, I like to think that I’m a fringe Western Sydney resident,” said one concerned Redfern local. “I’ve just launched a change.org petition, so I’m hopeful that Mr Morrison will soften his stance.”

The ambitious campaign was suggested by the nation’s Defence Minister and medieval torture enthusiast Peter Dutton. “It’s about time we turned the guillotines back on those damned lefties,” Dutton was quoted as saying to a cowering assistant. “For some reason they’d never let us bust these bad boys out in the police force.”