General News
Turnbull takes action against the drought by putting on an akubra
August 3, 2018 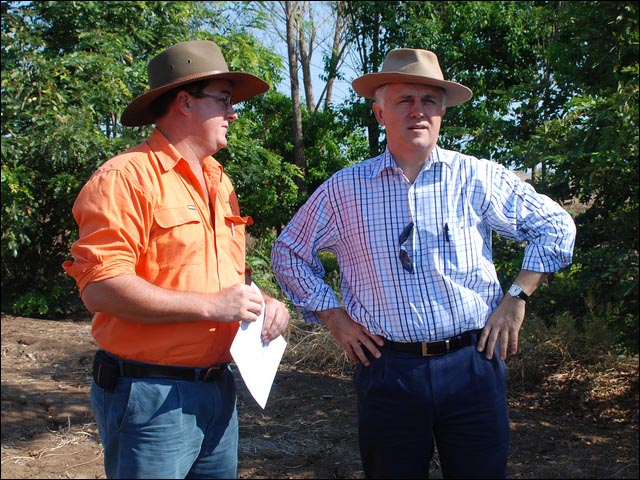 With climate change in full swing, Turnbull has signalled his desire to take action to mitigate the drought by putting on an akubra.

“Having ignored this issue, I want to assure farmers they will not be ignored until after the election is over,” the Prime Minister said in a plane that was flying over a drought affected farm on his way from Canberra to Sydney.

When told that 99% of NSW farms are affected by drought, Mr Turnbull suggested that they should just get a hose and water their farm. “That’s what our gardener does to our garden in Point Piper whenever it gets a bit dry. It works wonders.”

Meanwhile, business groups have swung behind the Prime Minister’s newly found concern for the drought. One consortium of well-connected businessmen have set up the Drought Relief Foundation on the off-chance that Turnbull swings them a spare half a billion dollars.

Listen to the new campaign about taking action on the drought: