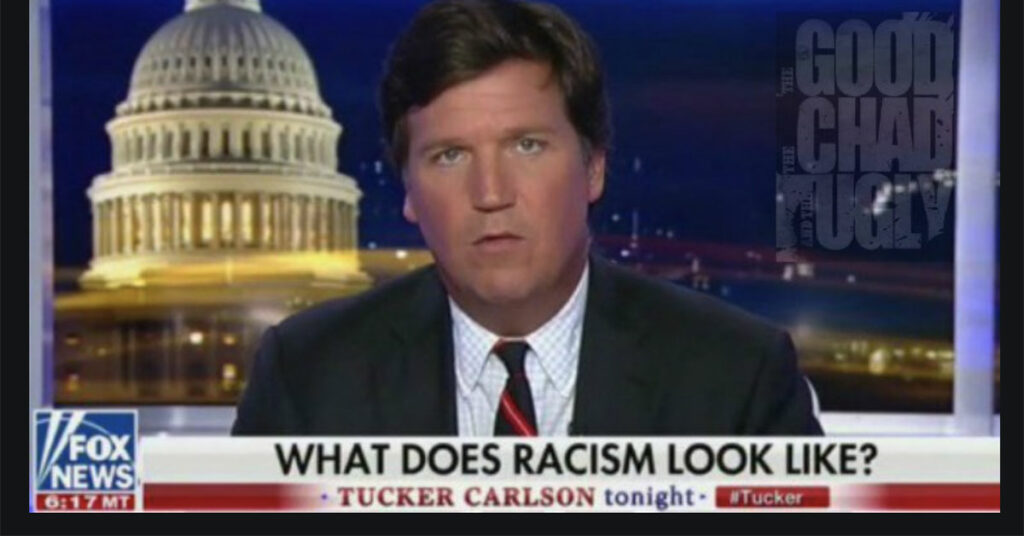 Executive Chairman of Nova and heir to international mass media cabal of villains, Lachlan Murdoch has hit back at the notion that Fox News host and Jeff Dunham puppet who wished to be a real manchild Tucker Carlson ‘accidentally echoed’ a racist conspiracy theory known as ‘replacement theory’ or as the show called it the ‘white replacement theory’. According to Murdoch, Carlson did not fail at his job by ‘accidentally platform a racist conspiracy theory’ but instead succeeded at his job by intentionally pushing it and pretending it is about something other than race.

“I think Tucker Carlson is more than qualified to be hosting the news,” said the guy incharge of multiple media outlets despite not studying anything relevant to media at university, “he knows exactly what we want from him and does it well. Tucker is loved by white nationalists because he is one, he just ‘hides it’ by claiming it isn’t a race thing but is about ‘voter replacement’. Sure that isn’t what the theory is and he knows that, he just knows that his team isn’t allowed to use the n-word anymore.”

“Tucker may push these theories but he doesn’t support them,” said the man who previously changed Fox New’s policies because he was worried they were too factual, “I mean he said he doesn’t support the ‘white’ part of the theory. I mean he does, but it is the stance of the show that he doesn’t. He may have got into tv journalism by lying about being an expert on a topic, but he really perfected that craft on our network.”

“My network would never unintentionally be racist, that is not our goal. See I realised that after my father received recognition for calling out anti-semitism over a decade ago, that means we can say whatever we want now. Fox Corporation abhors anti-semitism, white supremacy and racism of any kind, we just think it makes for great tv.”

“Tucker is a serious fact based journalist, unless we get sued, in that case he is a satirical caricature of a racist conspiracy theorist and we have legal precedent to prove it. Come on no one anywhere in the world would believe a news host pushing racist and sexist lies who has a history of defending sexual predators is they ‘love’ their underage victims. Speaking of I have to go, I have dinner with Alan Jones.”