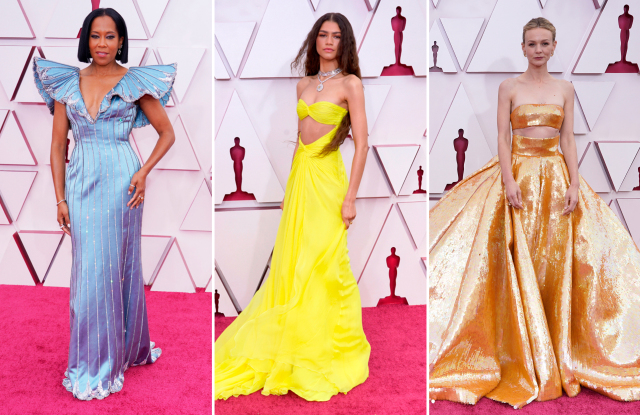 From things that have been called ‘iconic’, ‘brave’ and ‘a handbag’, we’ve seen no shortage of clothes and clothes-adjacent accessories at this particular industry event. From getting out of cars, to walking, sitting and clapping, these clothes have withstood all the tests that this three and a half hour event could throw at them, to the relief of their wearers.

While we now have conclusive evidence that everyone did arrive fully clothed, we have come to understand that some high-achievers have managed to put their clothes on better than others. We’ve been able to rank these people with the help of clothing professionals who, in the course of 3.5 hours, could efficiently ascribe varying values to both the clothes and by-extension, their wearers. With those who were dubbed “best-dressed” now emboldened by their new title, we can expect them to wear clothes more often in the future.

The unfortunate truth that haunts every clothes-wearer both professional and recreational, is that depending on the people around you, it’s possible that you will be considered the “worst-dressed”. As a consolation to these unlucky individuals, the clothing experts personally subscribe to conflicting schools of thought and their indictments are rarely unanimous. It should also be noted that the experts only saw the clothes being worn for the limited duration of the event, and their judgement obviously overlooked the skill involved in putting-on and taking-off the clothes. In what pundits have referred to as “trends”, there appear to be enough similarities between some of the clothes worn, for us to usefully categorise them. While pants have clearly been a staple of human clothing since the 13th century BC, we’ve had a surprise upsurge in dresses. Counting approximately 105.5 dresses on the night, it is clear that the dress has been the statistically significant article of clothing and is the real winner tonight.