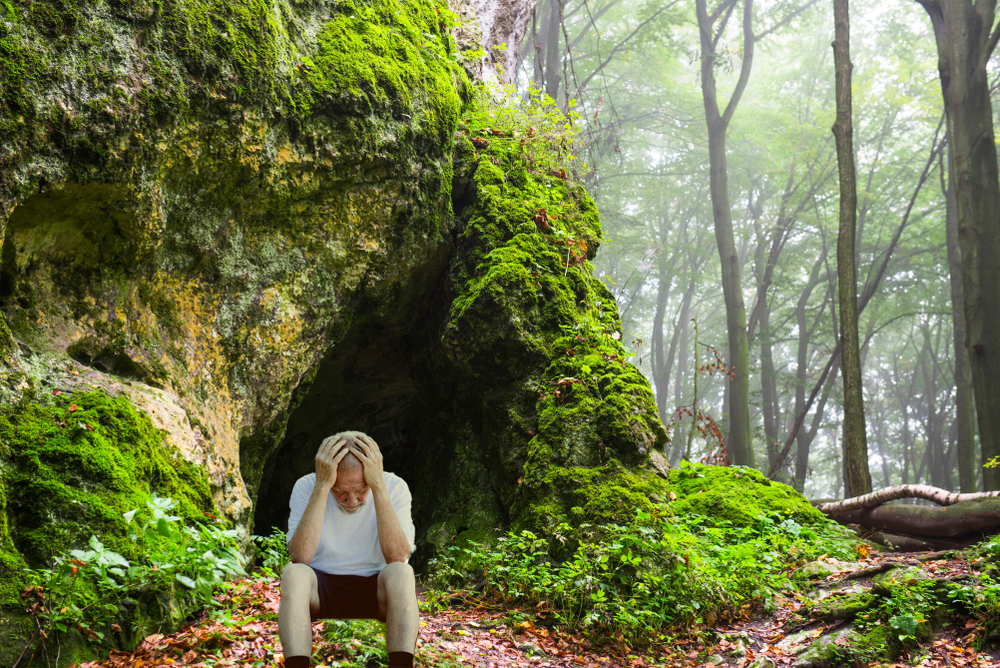 Silas McGillicuddy, a grizzled yokel who resides in a remote cave in the West Virginia backwoods, has achieved unlikely fame on Instagram in recent days. Posting under the name @hermitsilas_xo, his artless yet authentic photos of his rustic, solitary life have rapidly accumulated 169 million followers, ahead of Selena Gomez and in striking distance of the far less relevant Dwayne ‘The Rock’ Johnson.

Silas’ tips on simple living have struck a chord during the coronavirus crisis, as millions of Instagram users worldwide search for fresh influencers to guide them through this new era of protracted isolation. Silas’ posts about collecting rainwater in old boots, fashioning simple traps from shoelaces and chicken wire, and skinning and roasting squirrels, have earned many millions of ‘likes’, along with hundreds of thousands of vomits thanks to his detailed depictions of squirrel intestines.

The ‘hermit chic’ movement Silas has inspired has led to huge online sales of banjos, hunting knives and humble sackcloth garments that appear to have been fashioned by simple hermits but in fact come from the Uniqlo factory in Cambodia.

Some of Instagram’s most prominent celebrities have rushed to post on the yokel’s feed to associate themselves with Silas’ celebrity. Justin Bieber wrote “Mad respect Silas #myhermit”, while Ariana Grande commented “silas your simple heart inspirz us all neva change”.

Chris Martin from Coldplay wrote “i admire u so muuuch silas, i am like u in soooo many ways big hugz” underneath a photo of the ancient, rusty hoe with which Silas thanklessly tills the rocky soil near his cave to grow the mushrooms on which he largely subsists, generously glossing over the 100% of respects in which his life differs from Silas’.

When told of his global renown, however, Silas immediately deleted the Instagram app after one final post in which he pointed out that “I didn’t get into the hermit lifestyle to make friends,” and admitted that he only downloaded the the Instagram app because he thought it was some kind of “instant camera like my old Polaroid”.

“Also, people kept asking me why someone who has shunned society since 1987 has a cellphone in the first place,” Silas wrote. “That really upset me. I may be a simple hermit, but I’m not a barbarian.”