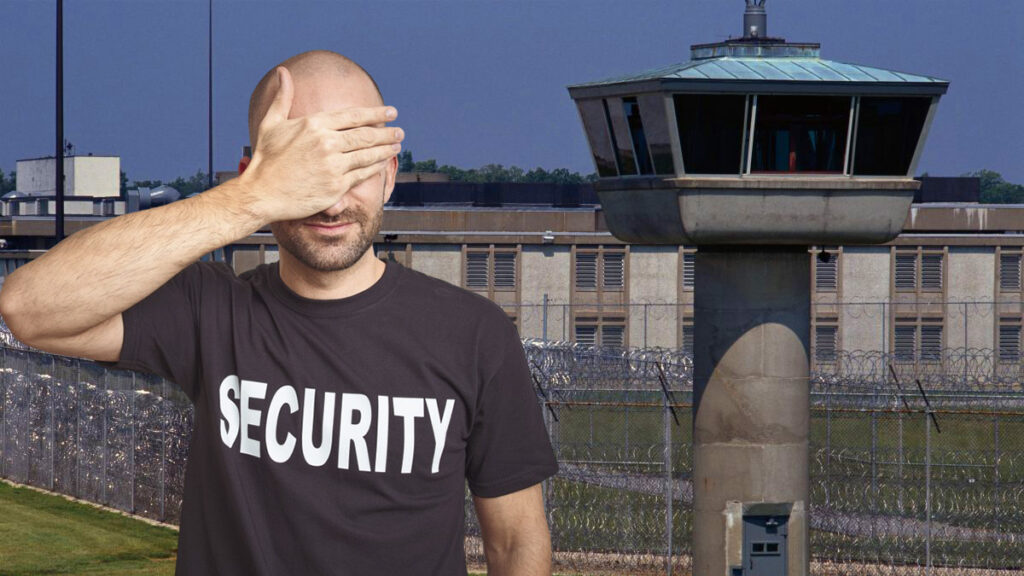 Former girlfriend of convicted sex offender Jeffrey Epstein, and soon-to-be unmonitored inmate, Ghislaine Maxwell has been placed in a high* security prison cell following her arrest earlier today. The move comes after the FBI kicked in the door of her New Hampshire mansion and finally captured the modern-day Carmen San Diego and taken her into custody, but not before taking her out for a nice three course meal at a local restaurant, after learning she wasn’t black.

New Hampshire Correctional, which is currently holding Mrs Maxwell, has pulled out all the stops to ensure almost nothing can happen to their infamous prisoner before she is transferred to Manhattan and formally charged. This includes equipping her cell with CCTV 23 hours-a-day, incompetent guards and strictly limiting visitation rights to those in Epstein’s notorious black book.

Prison Warden of New Hampshire Correctional Justin Cahoots addressed the media outside his facility to give them reassurances that nothing will go wrong. “Don’t worry, she’s in safe hands and will be taken care of,” he said with a stern tone while winking and being handed a large bag of cash. “There are many people that need to be protected from her, people with deep pockets!”