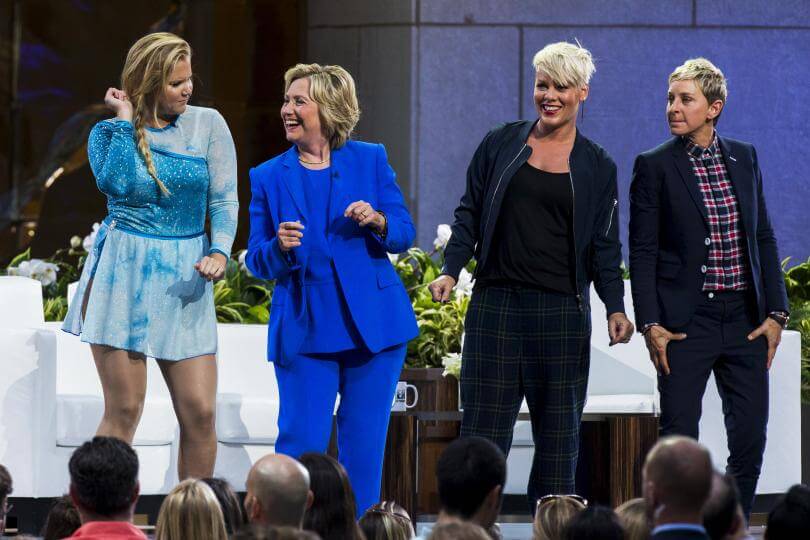 AS analysts dissect where the 2016 campaign went wrong for Hillary Clinton, one advisor still can’t comprehend the fact that the likes of Beyonce and Katy Perry failed to secure what looked like a certain victory.

“I don’t understand. These are people that everyone listens to,” said Milton Gravy, drowning his sorrows in a San Francisco bar. “If I didn’t know who to vote for, naturally I’d be listening to someone who can sing AND was smart enough to willingly marry Russell Brand.”

“It’s almost like those concerts were only attended by people who were already voting for us and people too young to vote. It doesn’t make sense.”

But it wasn’t just pop and hip-hop stars that got behind the democratic candidate, with Bruce Springsteen and Jon Bon Jovi also performing at a pre-election rally.

“We were trying to be diverse and appeal to the ‘Dad-rock crowd’. Who better to articulate the public’s concerns about manufacturing than ‘The Boss’ himself? Donald Trump by the looks of it.”

“There was social media, too! I can’t believe that someone like Lena Dunham failed to persuade all of the republicans in her 5 million Twitter followers. It’s almost like there weren’t any to begin with.”

“We even had Miley Cyrus out campaigning. I don’t know whether that’s a good thing, but it happened!”

“Some people say that people who get their political opinions from celebrities shouldn’t be allowed to vote in the first place. In the end they just didn’t want to,” Gravy continued.

“We should have just given Bill his sax and got him to play the riff from ‘Careless Whisper’ over and over again. Everyone loves that song. Maybe next time. Chelsea 2032?”

“Now, if you’ll excuse me, I’m off to protest with some high school kids.”