[Edition 89] “This amazing performance will silence all of those who’ve questioned whether we took illegal substances,” said one cyclist. “Now they’ll be in no doubt that we did.”

[Edition 89] Australia’s cycling team has responded to the intense pre-Games drugs controversy by posting its best performance ever, winning a remarkable six gold medals. “This amazing performance will silence all of those who’ve questioned whether we took illegal substances,” said one cyclist. “Now they’ll be in no doubt that we did.”

The head coach of the Australian Institute of Sport’s cycling programme came forward to discuss the results, which he denies can be attributed to drugs. “The credit for this result has to go to the hard work put in by our cyclists and their support staff,” he said. “Their innovative training regimen helped our drug-fuelled cyclists beat all the other drug-fuelled cyclists.”

Similar comments were made by sprinter Sean Eadie, who has been under a drugs cloud for months. Eadie said that his failure in the sprint competition proved that his performances had not been affected by drugs at all. “While I was pumped full of steroids, the benefits were entirely cancelled out by the wind drag from my goatee,” he said.

Dual gold medallist Ryan Bayley was also eager to disassociate himself from any drug speculation by telling the media about his daily junk food habit. “If anything, my urine sample will show evidence of performance-reducing substances like KFC and McDonald’s,” he said.

Bayley insists that the only supplementary hormones in his system are those that are routinely injected into the Colonel’s battery chickens.

But Bayley’s success has angered Mark French, the Australian cyclist who received a lifetime ban after restricted substances were found in his room. “I blame my coach for telling me to take all these banned substances,” he said. “If he’d really wanted to help me, he would have supplied me with buckets of Original Recipe instead of equine growth hormone.” 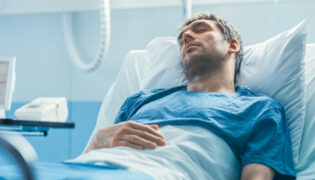 Auspost claims Holgate wasn’t home when they tried to deliver her an apology
Our writers can't be paid in exposure, but they sure can die from it
If you like the stories from The Chaser and would like to become a supporter, we'd welcome the money. Just $1 a month is enough to keep us from eating the interns.
Support The Chaser
Already a supporter? Click here to never see this again!
Do NOT follow this link or you will be banned from the site!