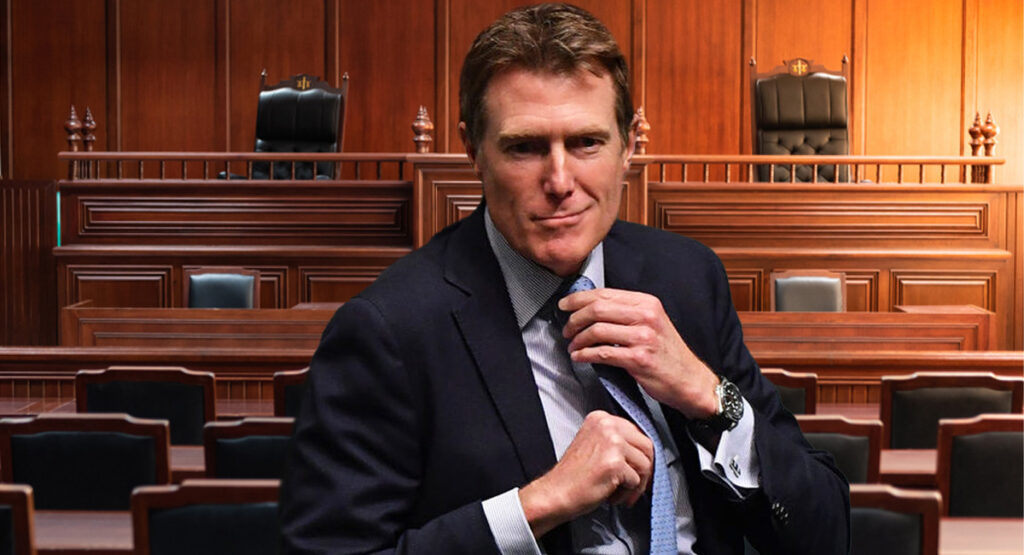 According to defamation lawyers around the country, the former top law officer of the nation will be going into the career while being regarded as a ‘genius lawyer’ and ‘highly-respected strategist’, and definitely not as a ‘creepy little fuckwit’.

However this is not to say that the alleged rapist’s political career was not without controversy. Before Malcolm Turnbull appointed Porter as AG, the man did gain a bit of a reputation for sexually harassing young women in public, at a bar called Public. According to a representative for the bar, Porter’s antics were “My lawyers have told me to refrain from speaking at this time”.

“I really want to take this time and focus on what matters most to me,” said the soon to be divorced dad, “my lawsuits.”

“Now not only will I be able to help myself and my mates with my legal ventures, I can help other rich and powerful people too. Maybe I can make a blind trust for my blind trust donators, ooh this is so exciting.”