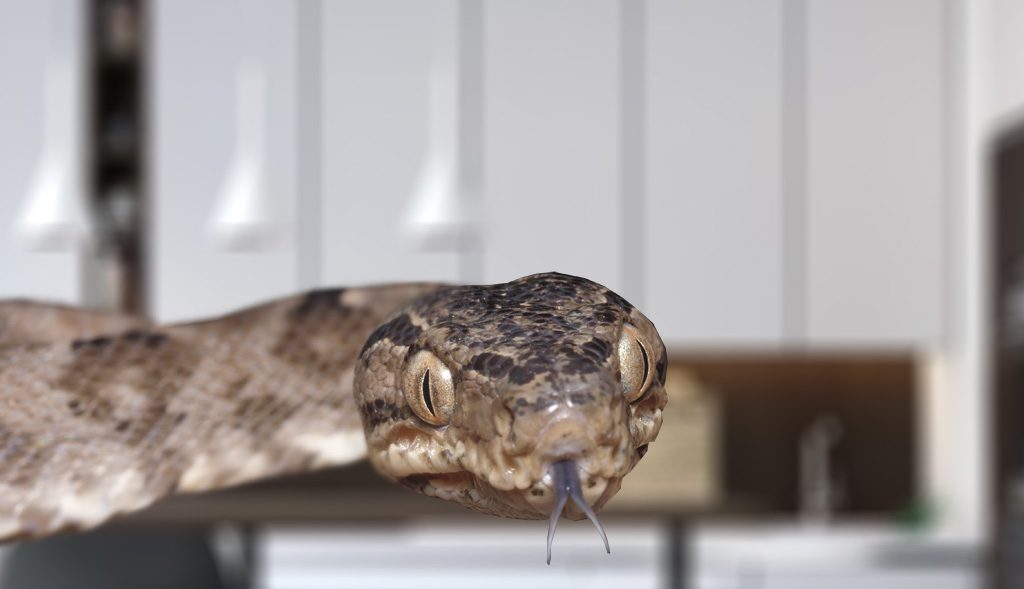 By Rohan Arneil
In a bold but tactical move that is sure to win over voters, a talking snake has been chosen to act as the next spokesman for the ‘No’ campaign for Australia’s upcoming plebiscite. Campaigners for the ‘No’ side say that while they were initially hesitant about taking the snake on for their cause, they were quickly won over by his many well thought out and convincing arguments against legalising same-sex marriage.
Stating that he was “not a homophobe” and simply cares about maintaining traditional values, the Eastern brown snake claimed “That if we let any old walking creatures get married, who’s to know what could happen next? Man-dog marriage? Dog and japanese-humanoid-assiant-robot marriage? It’s a slippery slope, and as a snake those are literally my worst nightmare.”
“I’m just old fashioned,” he continued, “I believe the biblical definition of marriage when it says wedlock should be between a man and a woman, or a 500 year old man wandering in the desert and his 16 teenage wives.”
The snake is refusing to release his full name as he is worried about his reputation in the public eye, not wanting to tarnish his reputation as a deadly venomous snake.
If you enjoyed this article, consider becoming a contributor to the Chaser Beer Fund. For just $1 a month you can help us employ 20 more interns. DONATE NOW