loading...
General News
Private school boys expelled after being caught not minimising tax
1st of your 1,000,000 free articles this month 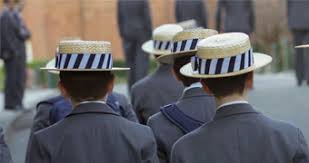 In a further blow to its reputation, five boys from The Shore School, on Sydney’s North Shore have been caught not minimising the tax payable on several private family trusts they inherited.

The boys caught out in the scandal were immediately expelled from the school, which was a much greater punishment than that given to the boys embroiled in the earlier muck-up day scandal last week.

“Look, we can put up with spitting on homeless people or defecating on trains, but not minimising the tax payable on investments they’ve inherited is a step too far. It goes against the values of this school,” said one teacher.

A secret document was distributed amongst the Year 12 boys was leaked to the press, and showed that the boys lacked basic understanding of effective tax structuring.

“If you’ve got an investment property and the renters pay more than the interest payable on the investment loan, then cha-ching! It’s happy days,” read the document. This runs counter to the advise of tax accountants, as it means the investment cannot take advantage of negative gearing provisions in the tax code.

“These boys are 17 or 18 years old,” said one tax specialist. They should know better than to forego the advantageous treatment of interest payments on investment properties. This is basic stuff.”

Another passage in the leaked document suggested boys buy ETFs directly, rather than through an off-shore investment vehicle.

“That’s just madness. What were they thinking? That would make them liable for a whole range of taxes on dividend income each year, rather than avoiding them until repatriation of those funds. What this shows is that something is very, very wrong at The Shore School.”

Experts said it raised fundamental questions on what The Shore School was teaching the boys. “If they don’t know about offshoring their inheritance after six years at the school, then why the hell would you send your kid there?”