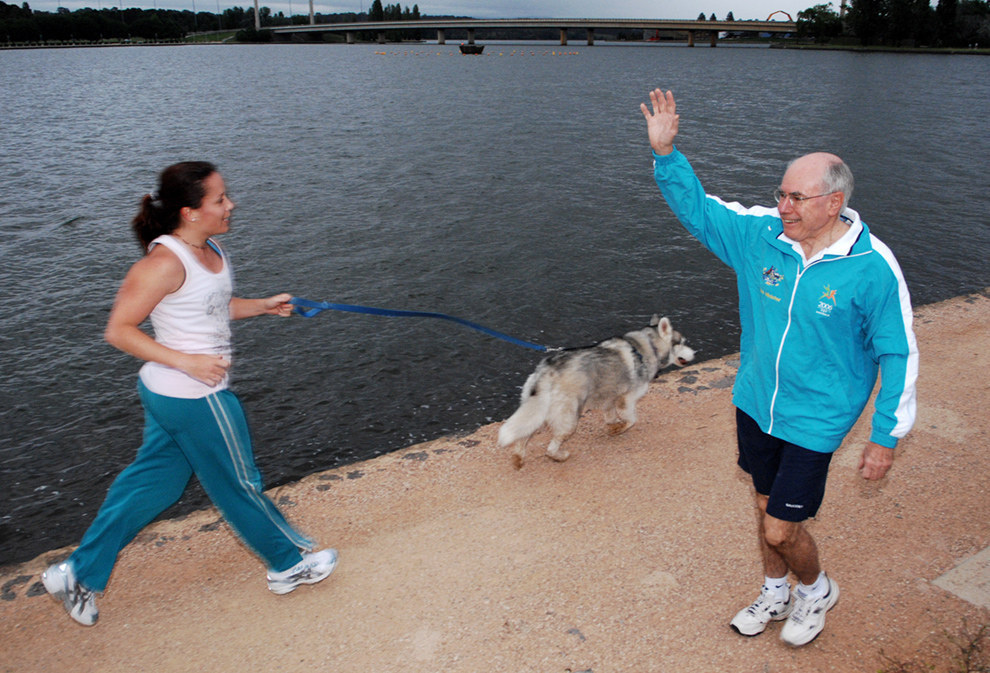 Following another U.S. mass shooting former Prime Minister John Howard has spent the last two days strolling around Sydney, hoping to bump into as many people as possible, in an attempt to milk as much praise as he can out of that one good thing he did as Prime Minister.

Spotted yelling ‘You’re welcome Australia!’ at the top of his lungs while skipping down George street, onlookers claim to have seen Howard ‘dabbing’ with several young school children and taking selfies with their flustered mothers who had momentarily forgotten about the time Howard lied about refugees throwing their own children off a boat in an attempt to win an election.

Speaking to the press at an impromptu on-the-street press conference that he had meticulously organised earlier, Howard says it’s important that people are reminded that it was he, John Winston Howard, who single-handedly outlawed guns in Australia. “Yes after a big one in the States, I just like to walk around and make eye contact with plenty of passer by’s or ‘would be victims’ as I call them. I really like to stare an obvious bleeding lefty down and let them know on days like today, they’ve got to be thankful to the HowDawg.”

“Couldn’t have come at a better time as well,” continued Howard, “I was really bleeding popularity after the whole ‘Vote No’ debacle last week, though to be fair I think anyone with half a brain knew we were overdue for another U.S. mass-shooting, they’re basically like clockwork at this point. In fact I’ve scheduled my speech about the Northern Territory Intervention for late March next year to line up with the next one. I hear it’s going to be huge.”