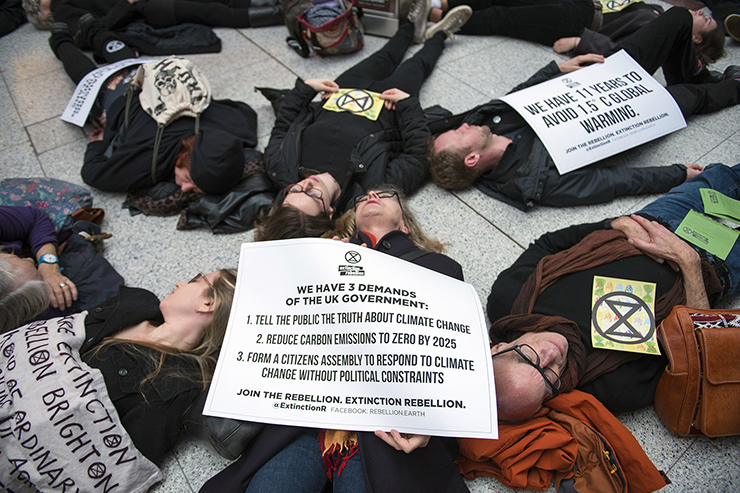 In a novel twist to its normal protests, the members of an entire branch of Extinction Rebellion have all died while staging a “die-in”.

The protest was designed to symbolise their future under climate change, but it became their actual present under coronavirus.

Members of the public observing the protest initially thought it was just very convincing street theatre. “It really looked as though they were all dead,” said one bystander. “And then I realised — that’s because they are.”

Police praised the forethought of the protesters, who brought along several large black coffins as part of the street theatre. “Yeah, they came in handy,” said one officer charged with clearing away the bodies.

Commuters who were inconvienced by the die-in, expressed frustration at the protest action. “They’ve caused a huge traffic jam! I wish they were dead. Oh wait, they are,” said one driver.

Experts say that without die in protests, it’s unclear how climate change will now be solved. “That was our only strategy,” said one environmentalist.