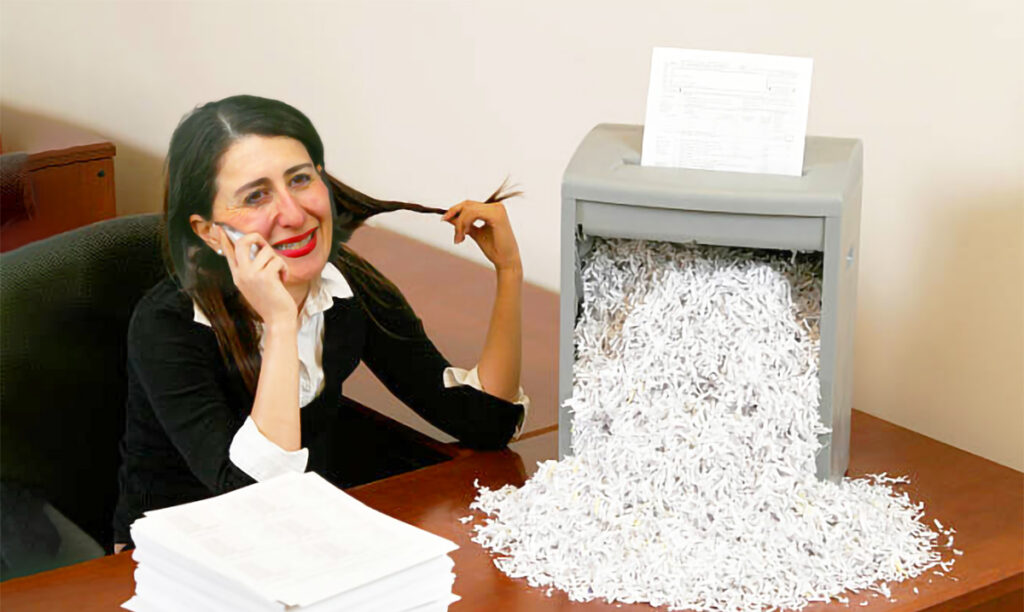 Gladys Berejiklian has made the shocking announcement that she will be resigning from her position as NSW Premier to focus on spending more time with her favourite paper shredder.  When asked what she intended on shredding with the device, Gladys responded “Can I just say, please know, I don’t know all the hypotheticals.”

As a fan of environmental un-conservation, Gladys got into paper shredding as a side-gig at first because of the sheer thrill she received when taking an already dead tree and mutilating its corpse.

Since her resignation, paparazzi have spotted Gladys together with her new shredder in an OfficeWorks fooling around with sheets of A4. After much speculation of the identity of Gladys’s new partner, reporters can now confirm the paper shredder in question is none other than Shred Danson.

After reaching out to her exes for their opinion of the new pairing, Daryl Maguire stated that “I’ve always preferred a tractor myself, does a way more thorough job.” Gladys’ other ex, the state of New South Wales, refused to comment.

However rumours say that the couple is not expected to last due to pragmatic differences, as Gladys would much rather find a paper shredder that can run on oil.