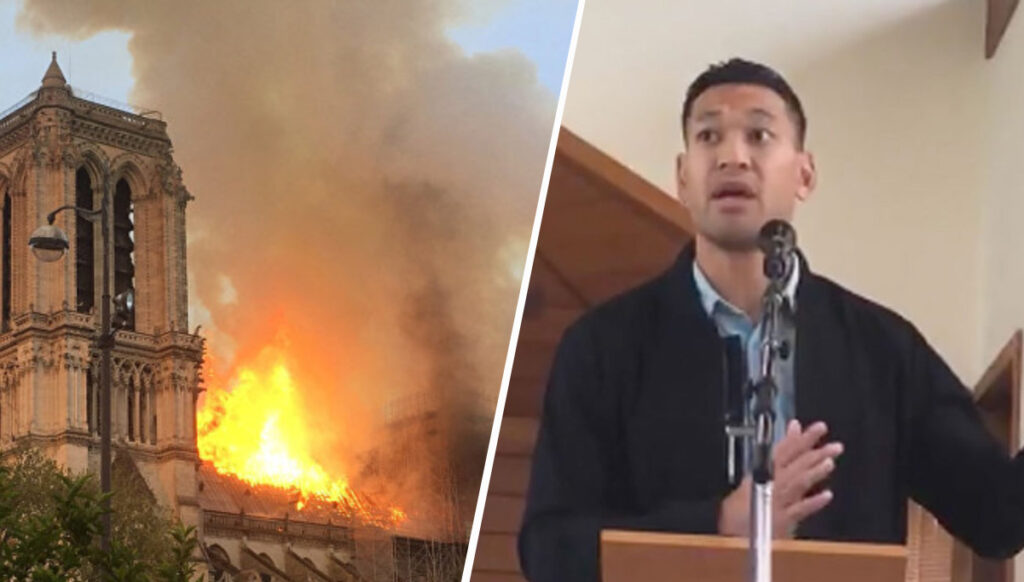 Part time football player and part time annoying-friend-who-posts-bible-quotes-to-instagram Israel Folau has today shown off his appreciation of French culture by donning a beret, eating a croissant, and blaming the Notre Dame fire on gay marriage.

“Clearly God has spoken,” explained Folau, “when he set the world’s most famous church on fire, it was a symbol of how Christianity is right, and all who do not believe it are sinners. What, did all of you not get that? It seems pretty obvious if you ignore all the evidence.”

However, Folau’s announcement has not gone down well with Folau’s team-mates who say they are very uncomfortable with his bizzare outspoken views. “Look, I’m not a Chrisophobe, don’t get me wrong, but does he have to express his love for Jesus in public?” one team mate asked, “I don’t care what god you get down on your knees for in the privacy of your own home, but that doesn’t make it okay to be flaunting it in public like that. What if there were kids around? I think it should be up to parents to decide when they tell their kids that homophobes exist. Let kids retain their innocence, for gods sake.”