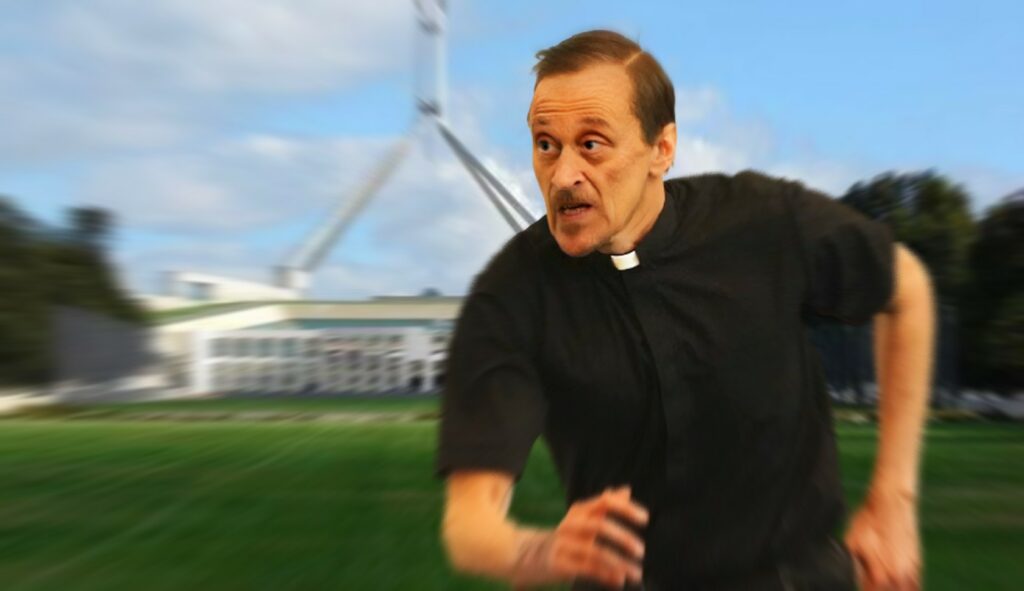 A host of emergency chaplains have been sent into the Coalition to help quell rampant “alarmist” anxiety among MPs regarding the new line up of The Wiggles.

It comes after Coalition MPs have urged the Prime Minister to send more religious chaplains into schools to help children suffering from “alarmist climate activism”, however, the increase in the number of priests hanging around schools has so far failed to reduce any childrens’ anxiety.

The upgrade of the school chaplaincy program was hoped to put an end to children’s anxiety around trivial matters like the impending climate apocalypse, so they can spend more time worrying about serious dangers, like diversity in the Wiggles.

Prime Minister Scott Morrison has called the idea of introducing chaplains into parliament as an “interesting suggestion”, but expressed concern that this might draw the prayer room away from its primary function as Barnaby Joyce’s swingers lounge.

UPDATE: Nationals Senator Matt Canavan was quick to inform us how funny he thought this article was, despite desperate attempts from his advisors to explain it to him.

“I laughed when I read this HAHAHAHAHAHAH-please-like-me-HAHAHAHAHA,” said the Senator.

“HAHAHAHAHAHA, who are we laughing at?”