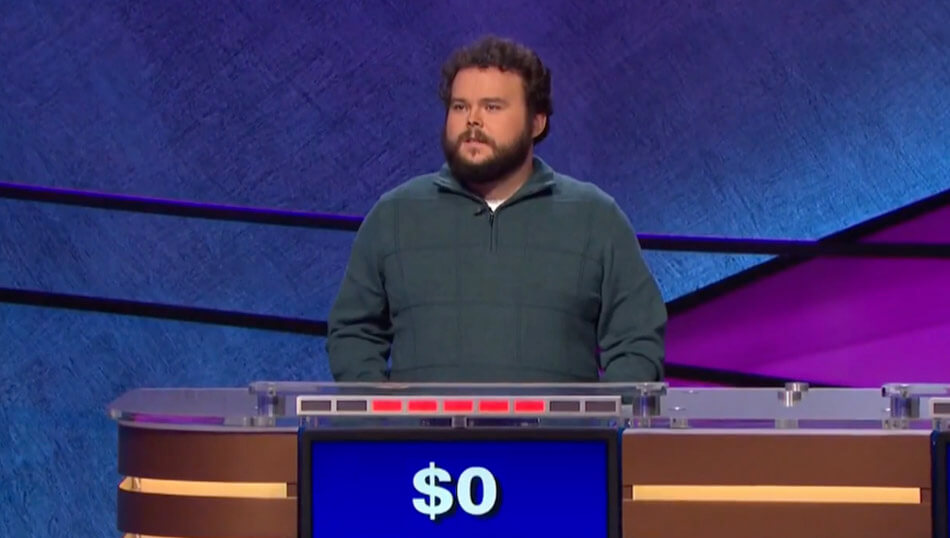 Despite regularly winning the Thursday night trivia at his local tavern, history buff Gerald Sugden failed to answer a single question correctly during his one-night stint on the TV quiz show Temptation. Viewers say Sugden occasionally attempted to press his buzzer, but for the most part sat silently, with an intense look of sweaty, baffled concentration on his face.

“I don’t know what happened,” said Sugden, who read The Really Difficult Quiz Book and played countless games of Trivial Pursuit in preparation for the show. “My team, The Dukes Of Ale, always take home the $50 drink voucher at Trivia Madness! down at the Oxford, so I thought I’d be a real contender on Temptation. Jesus, I was already spending the Vault money.”

According to his wife Cassandra, Sugden’s problems began almost as soon as he sat down. “I could tell Gerald was nervous,” she said. “When Ed and Livinia asked him about his Franklin Mint collection, he just froze, then mumbled something about passing them on to our kids.”

“We don’t even have kids,” she added.

Things only got worse for Sugden, who mistakenly thought Christopher Columbus discovered India and took no part in the tense, neck-and-neck race through the final fast money round that led to the carryover champ narrowly retaining her crown. “I can’t believe I memorised all the olympic gold medal winners and Soviet leaders,” said Sugden. “I thought at the very least there’d be a question on World War Two.”

“I’m glad the smug bastard lost,” said fellow pub trivia attendee Rob Clifford, of the Pint Professors. “The look on his stupid, fat, I-know-all-about-the-Russian-Revolution face when he realised the only thing he was taking home was a pen was priceless. Maybe it’ll stop him trying to correct the quizmaster’s pronunciation for a week or two.”

“I thought Gerald would at least get a pick of the board,” said fellow Duke of Ale Harry Dell. “He knew the answer to the first fame game was Ike Turner – we had a similar question at the pub two weeks ago. Why he said ‘Ted Mulry’ instead, I’ll never know.”

“One thing’s for sure – he’s definitely not holding the pen this Thursday.”