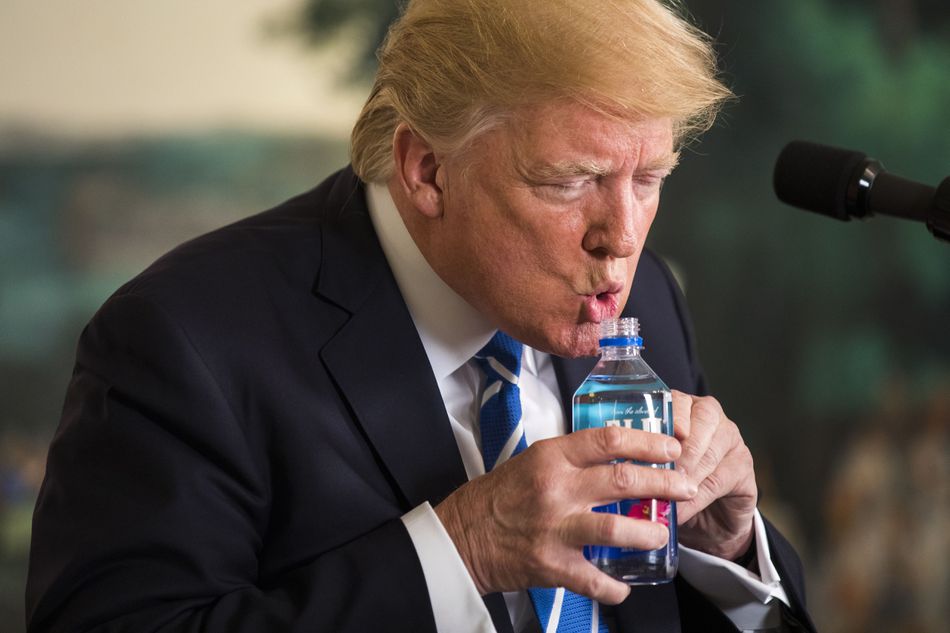 US President and cartoonish bad guy Donald Trump has announced plans for a drastic change in the education of young Americans by banning all testing of students, in a bid to reduce the number of bad grades given out to students. In an executive order signed today, teachers will be required to cancel all forms of assessment and all grades are to be changed to be “A+++ The Trump Standard” on report cards, disregarding any and all indicators of how students are actually progressing.

“It’s simple really,” he continued after giving up on trying to read the teleprompter, “if we stop basing grades on the kids’ work and instead just give them all perfect grades our literacy and numeracy rates in schools will rise so fast. The ‘media’ and the ‘experts’ keep saying the schools need more money so all the kids and teachers have the resources they need, but if we stop testing them then boom, no resources needed. It’s fool proof. I mean school is already too hard as it is, I remember years ago Barron came up to me asking for help with his reading and I wasn’t even able to finish the book. To this day I don’t know if that poor very hungry caterpillar ever did get full.”

However, the teacher’s union has hit back at the plan, calling it ‘probably the stupidest thing we’ve heard since the last thing Trump said something’. “Tests are an important part of the teaching process, without it what else will we have to complain about needing to mark?” griped one teacher. “Oh yeah, also it’s useful to tell the kids progress and stuff as well. Now all we will have to complain about is the kids, the parents, the hours, the pay, the government making decisions about us without us, and of course the other teachers. I forgot what I was talking about, anyway you got any wine?”