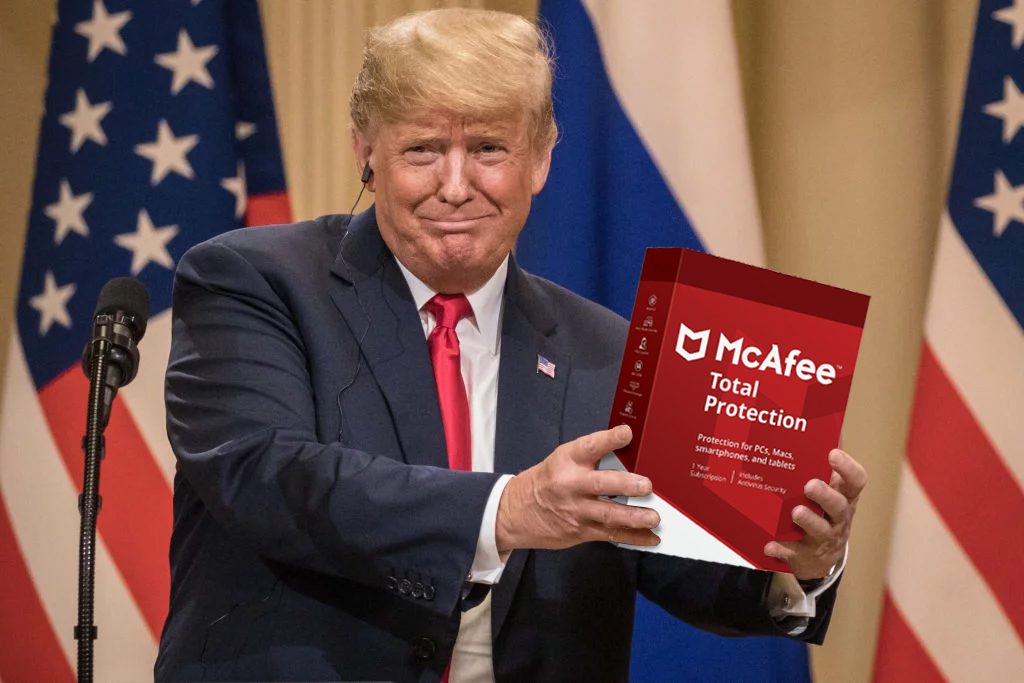 President Donald Trump has told reporters he is fully protected from the coronavirus threat today, after staff members installed a copy of McAfee Anti-Virus software on his computer this morning.

Staff initially tried to explain to him that the coronavirus was a real, live virus, rather than a piece of software, but gave up after Trump launched into a half-hour long rave about what a genius he was for thinking of installing the software.

“A lot of people they’ve been telling me, Donald, you can’t keep licking your fingers after touching that screen and I say to them, you know because they’re really very simple people, not like me, and I’ve installed it, oh boy you better believe, every computer, because my son, very good at computers and I said to him Baron, we’ve got this software, and you know it protects, doesn’t clean, it protects, and you know it keeps the virus off of computers and oh boy you know the kids these days, so smart at the computers, because you know back in my day, am I right folks, computers? Didn’t have em, and you know I predicted them, many didn’t but I did, and…”

Meanwhile, the Surgeon General has been forced to issue a statement advising all Americans to buy a copy of McAfee Anti-Virus and install it on their computers immediately.

In the street, people were initially confused by the demand, but eventually came around to the idea. “I suppose it’s got about as much chance of protecting me against coronavirus as the American healthcare system,” said one man, before collapsing from a lack of insulin.