loading...
World
Tesla cars start killing their own drivers in bold next step towards fully driverless cars
1st of your 1,000,000 free articles this month 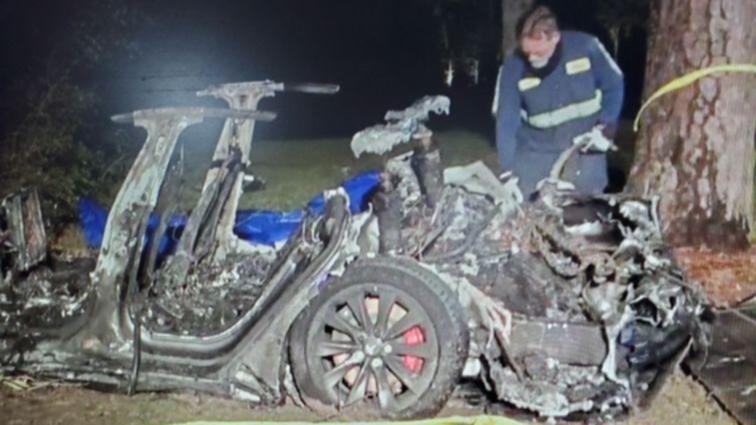 Tech experts are calling it “the most driverless car to date”. Yesterday’s fatal Tesla crash in Texas is only a small part of the $700 million marketing blitz that has brought the new Tesla Model S into the spotlight. The crowning jewel of Tesla’s newest software overhaul is the Full Driverless Experience (FDE), which promises to not only replace, but completely remove any and all human drivers.

The visionary company is famous for disrupting the tech space with their unconventional marketing approach. Yesterday’s iconic crash comes right on the heels of Tesla’s 2020 campaign, when they brought all of central London to a halt with the world’s first fully-unmanned traffic jam.

“When we say we want a fully driverless future, we mean it” said Tesla CEO, Elon Musk at a press conference on Monday. Musk harked back to his childhood days as the heir of a Zambian blood-diamond empire “this tactical disdain for human life is crucial for any entrepreneur looking to really embrace change”. Part entrepreneur, part activist, Musk wasn’t shy when he lauded the new Tesla Model S’s impacts on human-induced climate change; “We have a mission here at Tesla, and we won’t rest until we completely remove the ‘human’ from ‘human-induced climate change’”.

As the dust settles on this captivating, fatal crash, Tesla sets its sights on the most unmanned parts of the universe. Fans are eagerly awaiting the next SpaceX launch, where a 12 person crew is being sent to the fiery surface of Venus, and returning in October as a slightly-charred but fully driverless spaceship.