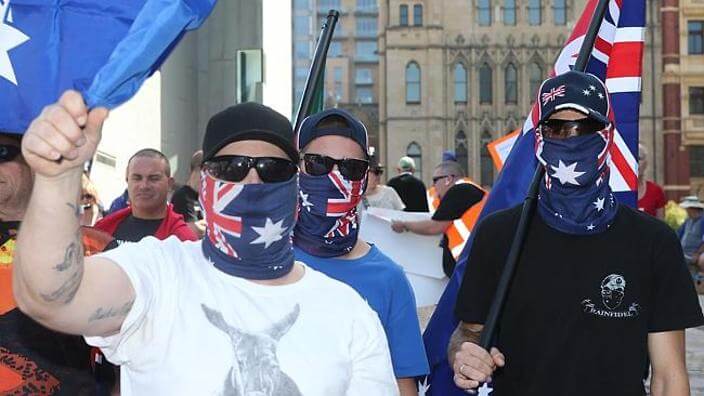 Local ‘Anti-Halal’ Facebook group moderator Scotty Bowers is sick of being called ‘uneducated’ and ‘an idiot’, and last week he finally decided to do something about it. Putting aside his prejudices, Scotty took the unlikely step of visiting his local mosque, spending an entire day there pouring over a copy of the Quran and immersing himself in Islamic culture.

The experience has left the supporter of Pauline Hanson’s One Nation a changed man, and more importantly he says, “A man who can now say he has read the Quran when condemning Islam online.”

Scotty claims reading the Quran is becoming a necessary part of being anti-Muslim in the modern age, and many of his ‘Anti-Halal’ followers have done the same. “It used to be that you could hate a billion people without needing anything more than a gut feeling and a job on breakfast TV,” says Scotty. “But these days you really need an education to stay ahead of the curve, otherwise an immigrant could easily come in and take that job from you. I’m really worried that Muslims will take all the “Anti-Halal” movement jobs.”

However, questions have been raised about the validity of Scotty’s claim to have read the Quran, with friends pointing out that Scotty is pretty much illiterate. When questioned by The Chaser, Scotty confessed that in hindsight he probably should have bought the audiobook, or at the very least the plain English version of the Quran. “I ended up with the Arabic version” explained Scotty, “but I just stared at each word until it felt like it counted, then moved onto the next freaky alien squiggle.”

Following his success in conquering the Quran, Scotty says he is keen to tackle other more challenging books. First on his list is the Bible which, being a devout Christian, Scotty has is planning to get started on “any day now”.