World
Opinion: How am I supposed to explain to my child that this talking, suit wearing aardvark is gay?
May 22, 2019 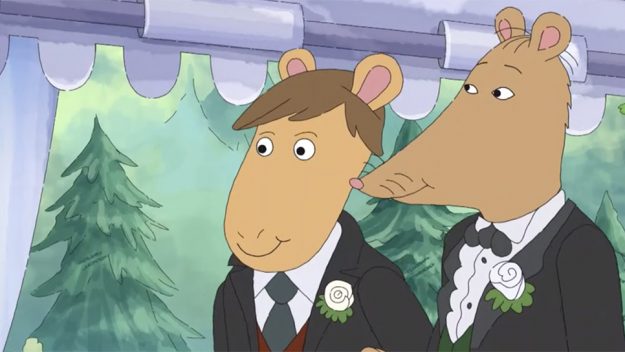 Television networks in the American state of Alabama have this week refused to air a recent episode of popular never-ending children’s show, Arthur, stating that children would be unable to comprehend the concept that a talking, car driving aardvark could be gay.

Responding to the outrage, Alabama broadcast director, Homer Fobe held a press conference this afternoon to explain the decision. “It is absolutely disgraceful that a children’s show would encourage this disgusting lifestyle choice,” he said. “If a rat and an aardvark are going to enter into a long term sexual relationship on our TV screens in Alabama, it damned well better be heterosexual.”

Arthur director, Greg Bailey responded soon after. “Frankly I was surprised at the decision,” he shrugged. “If anything I was expecting them to ban the episode because Mr Ratburn’s partner was a chocolatier, given the state’s obesity rates, but I guess their priorities are different.”

The episode will air in most other states without interruption.