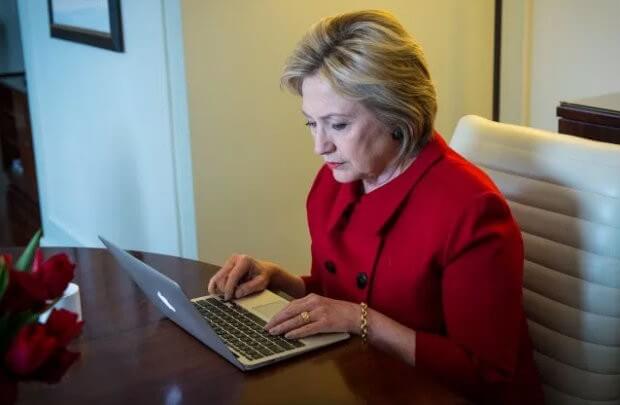 According to the FBI, Hillary Clinton used and operated a Hotmail account between the years 2002 to 2011 and was careless in her choice of password.

FBI Director James Comey wrote a letter to the US Congress yesterday stating that the FBI would reopen investigations into Hillary Clinton’s questionable email history.

“Information has come to light that gives us reason to believe that Secretary Clinton not only had a registered Hotmail account, but her password strength was Weak to Moderate.”

Hotmail passwords required the use of symbols and numbers in order to be considered strong. Today’s bombshell adds further fuel to the fire in claims that Mrs Clinton was using her account “[email protected]” as late as 2011, long after the platform was considered out of date and clunky.

Mrs Clinton was quick to defend herself at a rally in Florida this afternoon.

“This is a very strange time for Director Comey to bring up this topic, just 9 days before the election. To mention my use of Hotmail at this stage seems politically motivated.”

But when questioned by reporters after her speech she didn’t deny the allegations about her careless password, simply stating “My passwords were always six characters or more. Even on MSN Messenger.”

Bernie Sanders, who was one of the first US Senators to transition to Gmail in 2009, had little to say on the matter.

“Secretary Clinton has my full support. Some people just prefer the Hotmail platform. There’s nothing wrong with that.”

Republican candidate Donald J Trump has again denied ever supporting Hotmail, despite an article from 2003 being unearthed in which he calls the free email platform “cool”.