World
Assad offers Trump a Pepsi to sort out their differences
April 7, 2017 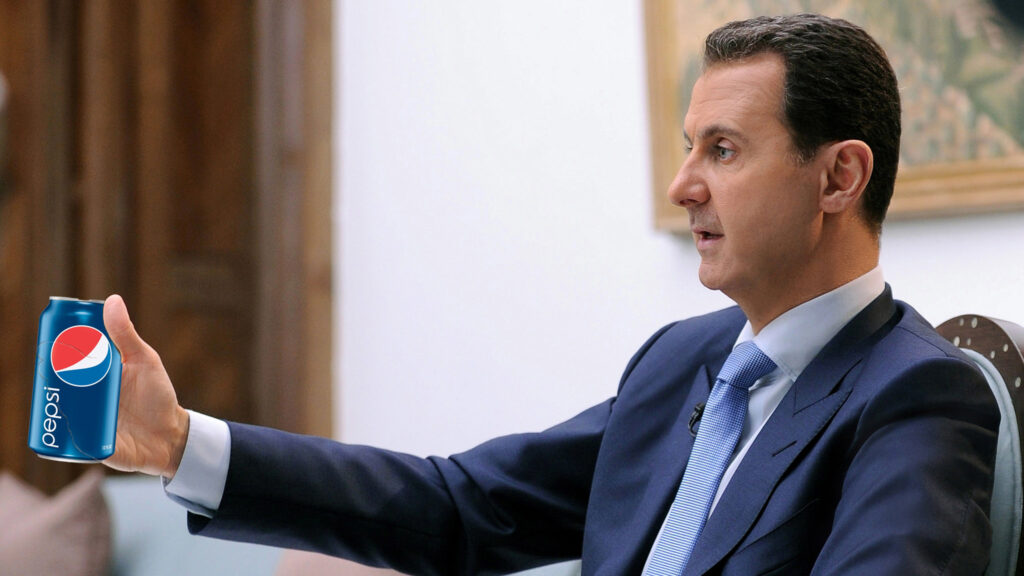 In response, President Assad has offered Trump a Pepsi, claiming that he understands it’s a great way for opposing sides to sort out their differences. “Pepsi is a great way to project a global message of peace, unity and understanding,” he said. “If only it also tasted any good.”

But President Trump declined the offer, saying he’d just bought a heap of shares in the company that made the missiles. Lawmakers on both sides of Congress spent much of the afternoon buying shares in private military contractors, as news of the strike broke.

Meanwhile, Trump is reportedly considering Kendall Jenner into the dangerous warzone to try and prevent her from ever making advertisements ever again.