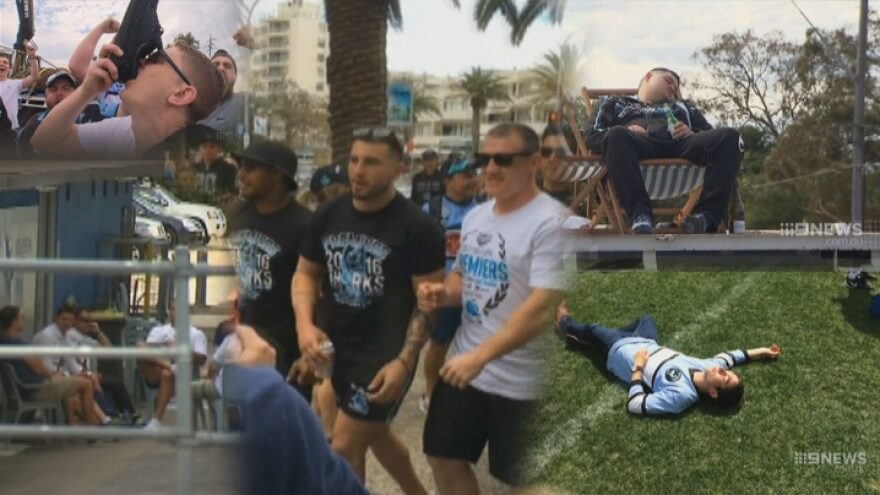 Long-time Cronulla resident Mustapha Rahim said he felt ‘nervous’ when he emerged from his home after the NRL grand final on Sunday night to find the streets littered with drunken anglo revelers, mistaking it for another installment in the Cronulla race riots.

“All I could hear was loud, drunken renditions of Up, Up Cronulla over and over again, so I went outside to tell my neighbours to keep it down and was greeted by the sight of hundreds of shirtless, shitfaced bogans draped in flags,” he said.

“I started having flashbacks immediately.”

The local team’s NRL Premiership win was 50 years in the making, and Rahim was more than aware that a combination of local pride and alcohol are all it takes for the thongs to start flying in modern Australia.

“Pauline Hanson’s re-election says enough about the psyche of this country at the moment – and it doesn’t help that the club’s main sponsor is ‘Southern Cross Group’ either,” he said.

“Sure there are some brown people with strange sounding surnames on the team, but they’re all Kiwis, Islanders and Indigenous – and most importantly, they can play football! I spend half the year telling people I’m from New Zealand.”

“Thank god the A-League kicks off this week. It doesn’t matter where you’re from if no-one’s watching!”