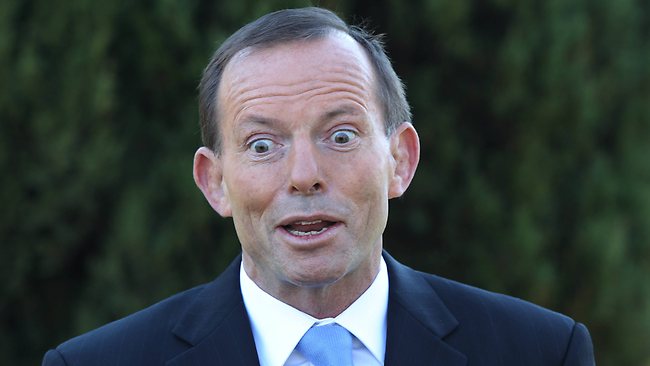 In the wake of his rejection of Kevin Rudd’s bid for the role of UN Secretary General, Prime Minister Malcolm Turnbull has made the surprise decision to instead nominate Tony Abbott.

“If I’m going to give a cushy foreign position to a divisive ex-PM who people think is a dick, it might as well be the one who wants to take my job,” Mr Turnbull told reporters this morning.

Mr Turnbull said that he was very pleased with the idea that Mr Abbott would join Joe Hockey in the United States. “It would be great if both Tony and Joe were in the United States when it all goes to shit over there. They might never make it out – it’s win-win.”

Conservative members of the LNP have heaped praise on the decision.

“All over the world governments are shitting themselves about people fleeing from warzones seeking refuge – but with Tony in the position we can really work on a global diplomatic approach… of telling them all to get fucked,” said Peter Dutton.

“The primary duties of the Secretary-General typically revolve around symbolic populism. While that makes it hard to argue against Kevin Rudd, we reckon Tony will do a top job,” Dutton claimed.

Dutton was reluctant to verify claims that he would be making his own application to the UN Human Rights Council when he’s ousted from his position in a post-spill cabinet reshuffle.

The Chaser’s Australia is out now in bookstores, or just $25 home delivered.