loading...
National
Treasurer announces “Weekend at Bernies” inspired scheme to assist dead in returning to workforce
1st of your 1,000,000 free articles this month 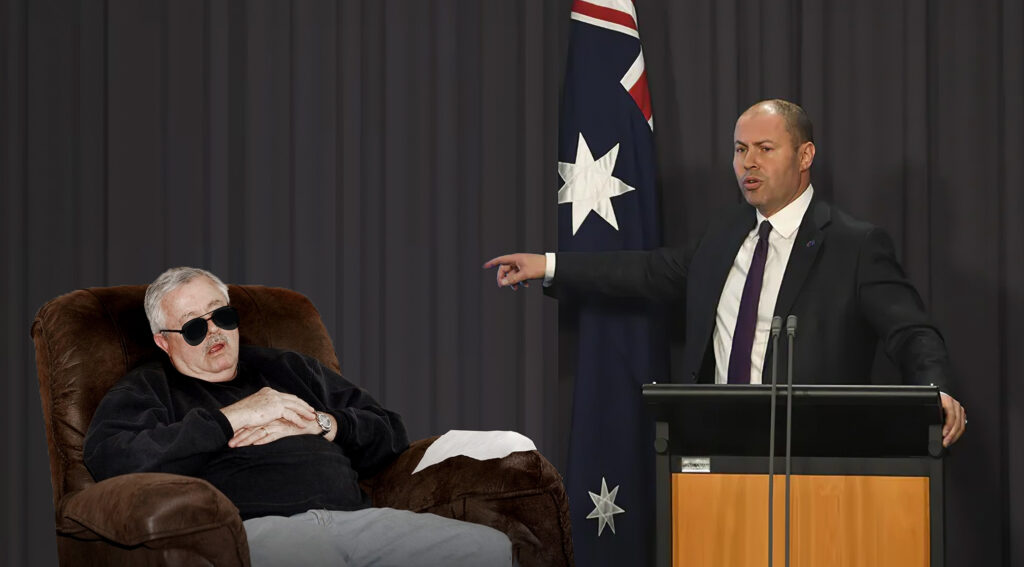 Federal treasurer Josh Frydenberg has today announced a bold new initiative to ease the budget bottom line by re-skilling deceased Australians and getting them back into the workforce.

“Let’s face it,” Frydenberg said at a press conference this morning, “presently, there are millions of Australians all across the country just rotting in cemeteries when they could be contributing to the economy.”

Inspired by the 1989 black comedy “Weekend at Bernie’s”, the treasurer has proposed a system of ropes and pulleys operated by puppeteers, allowing dead Aussies to pursue satisfying careers in a variety of manual labor fields.

However, he stresses that the dead will have opportunities in non-physical positions too. “We have already had great success in employing the living-impaired in a number of different government jobs – for example, Centrelink has been staffed almost entirely by corpses for nearly two years now. We have also employed many within the Liberal Party’s organisational wing, where they have shown great aptitude in devising party policy.”

Embattled financial services company AMP Limited has expressed full support for the scheme, with a spokesperson telling the Chaser: “Unfortunately, the dead tend to have a lot of trouble paying the required fees for our services in a timely manner, and we hope that gainful employment will assist them in meeting their obligations in this regard.”