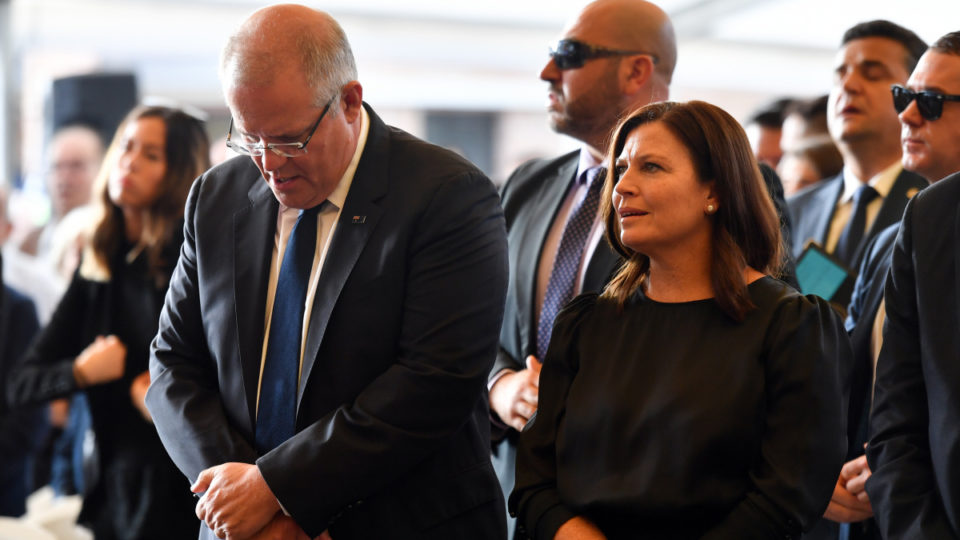 Scott Morrison has solved Australia’s vaccine rollout debacle by ordering an extra 20 million prayers to assist in the logistics and delivery of the medicine.

Mr Morrison said the prayers will be aimed at solving the intricate logistical problems associated with delivering millions of doses to thousands of distribution points across Australia. “We’ll be asking God for help in meeting demand with supply, help with the difficult refrigeration requirements, especially of the Pfizer vaccine.”

Mr Morrison said he was praying that God was better at delivering services than his government.

The Prime Minister assured Australians that they were “first in line” for prayers about the vaccine, if not the vaccine itself.

But the Prime Minister said that prayers asking for the states to take over the rollout would not be allowed. “These prayers will only include private-sector solutions from companies run by ex-Liberal MPs, because only the private sector is experienced enough at donating to the Liberal Party.”

Prayers will be targetted for the moment at the over-50s, although politicians will get the first batch of prayers. “They’ll be entirely allocated to asking that Mr Morrison’s poll numbers don’t drop any further as a result of the vaccine rollout.”