National
Pope slaps Scott Morrison after he tries to force handshake
1st of your 1,000,000 free articles this month 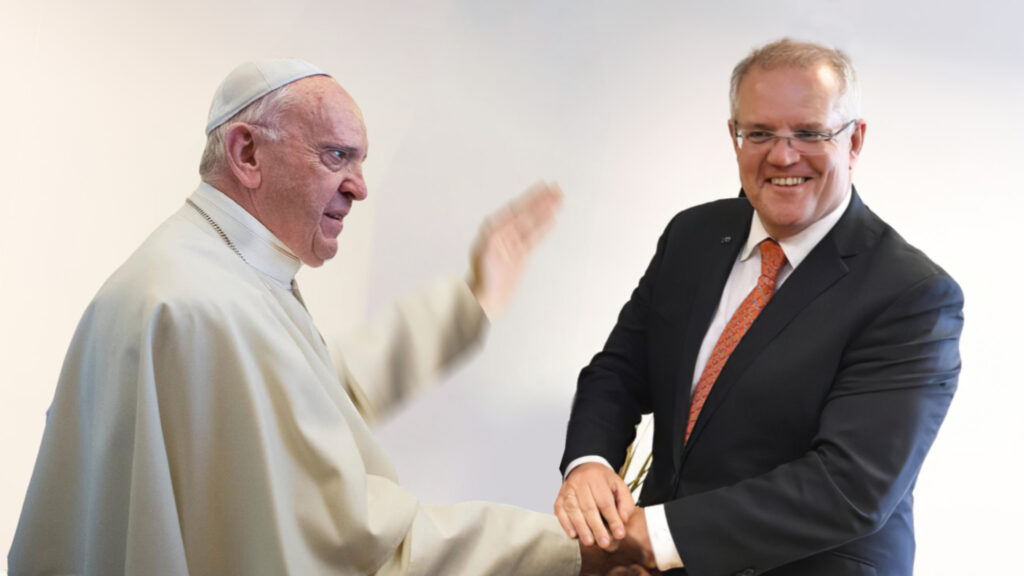 Prime Minister Scott Morrison is accused of causing a diplomatic incident at the United Nations today, after video emerged of the Pope slapping his hand away after Morrison attempted to force a handshake despite the Pope’s insistence that he did not want to.

“Come on your holyness, what if I just shake the tip?” an agitated Morrison was heard begging, as cameras flashed around him. However, after the pope was insistent that he did not want to shake hands, Morrison was seen tackling the Holy Father to the ground, before shaking his hand, screaming “where is your god now” and walking away in a victory stance.

The Prime Minister was then seen moving on to Donald Trump, who promply broke Morrison’s hand in a power struggle over who has the worse handshake.

The news is just the latest in a series of PR blows for the Prime Minister, who has been accused of lacking compassion for the thousands of Australians who have been left homeless by bushfires raging across the country. Morrison has hit back at the claims, stating that he is very upset by the fires, and his heart goes out all the cricketers affected by the smoke.

Make a tax deductible donation to the Royal Fire Service.
If you enjoyed this article, consider becoming a contributor to the Chaser Beer Fund. For just $1 a month you can help us employ 20 more interns. DONATE NOW