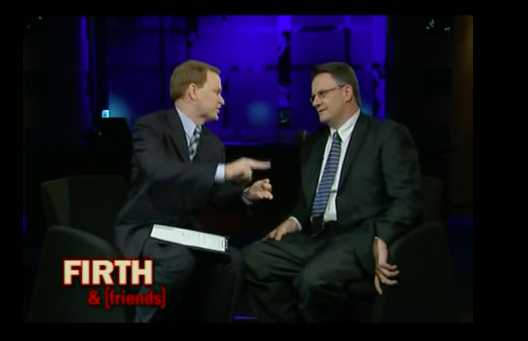 It is with deep regret that I write to you today to announce that we will be ending our long-running satirical project, Mark Latham, effective immediately.

While we acknowledge that Latham has been one of the longest running jokes in Australian history, we felt it was time to draw a line under the project.

It’s just been taking up too much time lately, and the laughs have been getting fewer and fewer. Frankly, I’m not sure that any of us knew where to take the character next. Coming up with ridiculous, outrageous things for the character to say seemed like a fun joke 15 years ago, but we’ve all grown up since then, and the character is still stuck in the distant past. It just isn’t funny any more.

The performer behind the character needs a rest, and this seems like the perfect time to pull up stumps and let him pursue other interests. He is an avid gay-rights activist, and has always been a strong support of indigenous rights and feminism, and it’s time he got to participate in the transgender movement, of which he is part.

For a bit of background, it all started in the early 2000s, when we hired a character act to play the part of an erratic Opposition Leader who had no hope of winning, but would be a fun sideshow. Unfortunately, the stunt was too successful, and “Mark Latham” ended up running the Labor party.

We probably should have called an end to the joke after that election, but in some ways, it was too easy. The character was essentially a 2D caricature of the right in Australia, yet somehow, media company after media company fell for it. It only took a few minutes a week to write his lines, and the actor performing it was a real pro.

Then a couple of years ago — after he got sacked from the Australian Financial Review for a piece that we’d written while a bit too drunk, and which took the whole character way too far — we decided to end the project.

But then, to our surprise, instead of being shunted from the media industry for being a sexist arsehole, he got a regular gig on Sky News Australia, and so we continued doing the character, mostly just to find out whether Ross Cameron was also a comedy act by a competing satirical team. He is not.

However, we now admit Mark Latham is a very lame joke, and not worth putting any more effort into. We wish the actor behind Latham the best of luck, and look forward to seeing him at next year’s Gay and Lesbian, Mardi Gras!