National
Morrison supports electric cars after learning they can be programmed to run over Labor voters
November 10, 2021 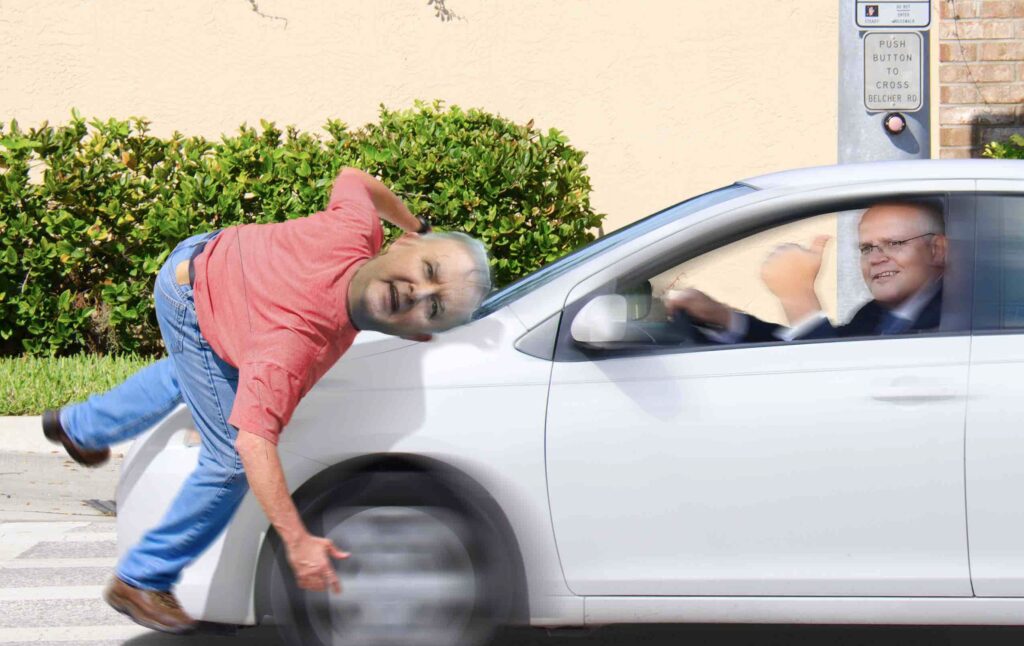 Prime Spinister Scott Morrison has unveiled today that he will be investing $250 million dollars into getting more electric cars on Australian roads. The news comes as a shock to many, as the common understanding was that Mr Morrison was allergic to everything not powered by coal.

However, a possible ulterior motive was revealed through a caveat to the funding demanding that all electric cars are to be programmed to instantly run over Labor voters. Morrison proudly announced that he had finally found a way to tackle the climate crisis, and simultaneously win the upcoming election.

When asked if he thought this decision to decimate his opposition was corrupt, the PM slammed the notion stating, “I love protestors! And in other countries a leader would meet protestors with bullets, not cars.”

When asked how he would have felt if Labor had used the same tactic against his party, he said that it would be ‘the single greatest act of corruption Australia has ever seen’ and that they would all need to be investigated by a Federal ICAC.

Philosophers and ethical-designers around the globe have also been shocked by this news, as it finally provided them with an answer to the Trolley Problem. The moral dilemma of who a self-driving vehicle should choose to kill has previously stumped moralists, however the PM’s simple solution of “just kill who you don’t like” has caused them to hail him as the greatest philosophical mind of the 15th century.