National
Morrison says no need to act on Covid-19 as Australia only contributes 1% of infections
1st of your 1,000,000 free articles this month 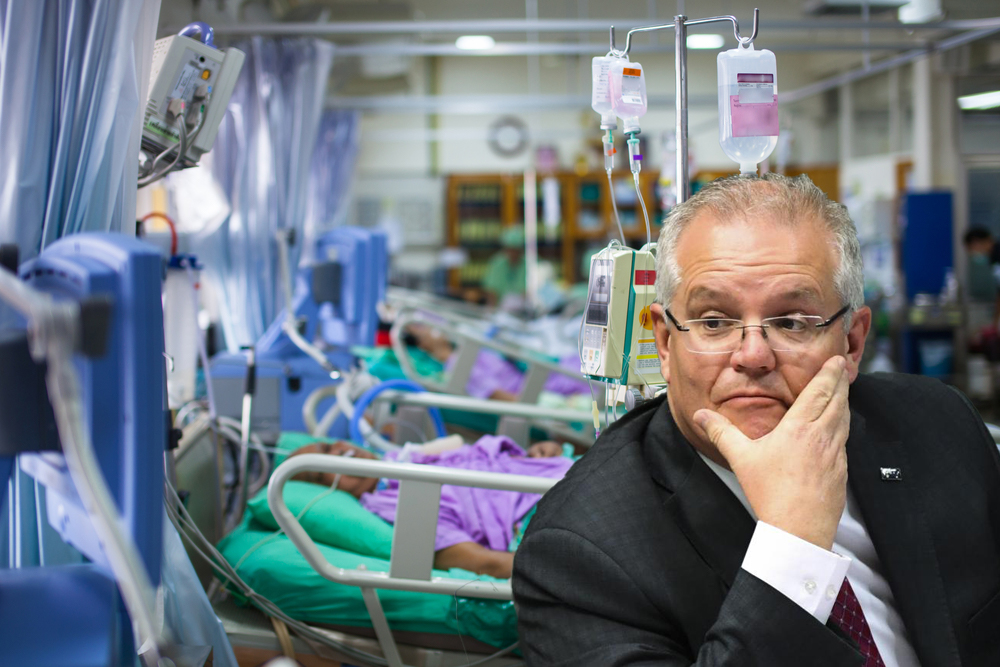 By Charles Firth and Aidan Ricketts

Scott Morrison has said Australia was opting out of responding to the coronavirus threat sweeping the world after figures showed that Australia’s total contribution to the crisis was less than 1% of infections.

“There are over 7 billion people in the world, and only 25 million people in Australia. No matter what we do, our response will only ever be a small overall contribution to the problem, so we’ve made the decision to just ignore it,” he told stunned reporters.

Mr Morrison instead announced that he was “on track” to meet a target of reducing infections by 50% by 2030. He said that he was counting previous inflections of coronavirus, including SARS and MERS in the figures to meet that target.

Insiders say that Mr Morrison has been frustrated in recent days that he can’t go on his planned “handshaking tour” of infected regions of Australia. “This crisis fucking sucks,” he apparently told staff. “There are no photo opportunties at all.”

Meanwhile Attorney-General Christian Porter who yesterday said casual employees to “dip into their savings” during the crisis clarified his statement. He said that struggling families in casual jobs could dip into whatever portfolio suited them. “Look — it doesn’t have to be their cash savings. They could sell off a house or two in their property investment portfolio, or divest some of the stocks in their sharemarket portfolio, or even offload some of their offshore hedge fund holdings if they’re really desperate. I don’t understand why everyone is getting so mad at me.”