loading...
National
Morrison reassures colleagues he has secured 10 million votes to be delivered by 2023
1st of your 1,000,000 free articles this month 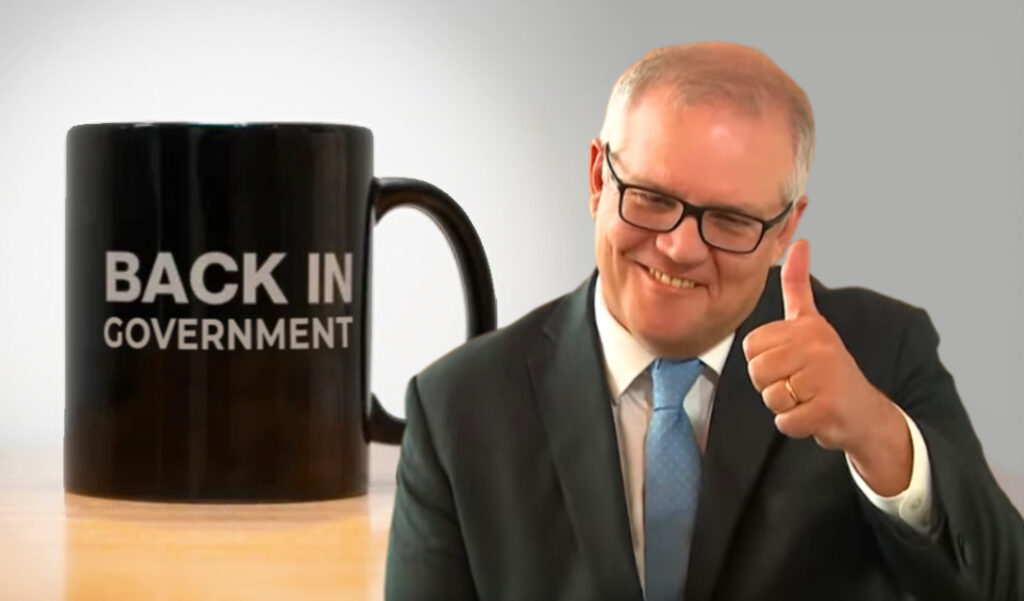 Former Prime Minister Scott Morrison has today reassured his colleagues that everything is fine as the election was not a race.

“There’s no reason to be too competitive about elections or vaccine rollouts, save that for the important contests like Under 9s soccer games,” explained Morrison. “Rest assured we are still on track to win the election, as I have secured 10 million votes to be delivered by 2023.”

“Now some of you may criticise me saying ‘actually dickhead we needed the votes now, not in eight months’, but I simply do not accept that,” explained Morrison. “I’ve even got a ‘Back In Government’ mug printed. There’s no way we can lose now.”

“And failing that I’ve set a target to be back in government by 2050.” continued Morrison. “Sure some people say it’s important I aim for 2030, but I’ve been told time and time again by the coal lobby that 20 years won’t make a difference.”

Morrison has since announced that he will stand down as leader of the Liberal Party, to spend more time doing the exact same amount of work.