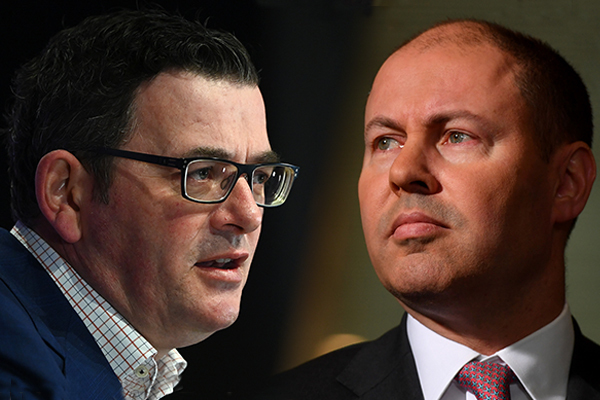 Australia is officially in recession, according to new figures released by Josh Frydenberg on Wednesday. Mr Frydenberg blamed the recession on a multiplicity of factors all of which are Daniel Andrews’ fault.

“Well we had the bushfires at the beginning of the year,” said Mr Frydenberg. “And if Andrews hadn’t jetted off to Hawaii like that for an extened holiday, we wouldn’t have suffered so badly.”

“Then came the global pandemic. Sure I can see why people are quick to put the blame on the coronavirus, but the real villian here is the Premier of Victoria. If he hadn’t let all those passengers off the Ruby Princess, then Australia would probably have eliminated it by now,” he told reporters.

Mr Frydenberg said that the only thing that had saved Australia from an even deeper crisis was the Tradie grants that nobody has taken up. “Imagine if we weren’t offering tradies the chance to increase the cost of all their quotes by $25,000 on works that they can’t carry out in time? What would have happened then?”