National
Barnaby Joyce regrets getting Dutton to do his numbers for him
February 4, 2020 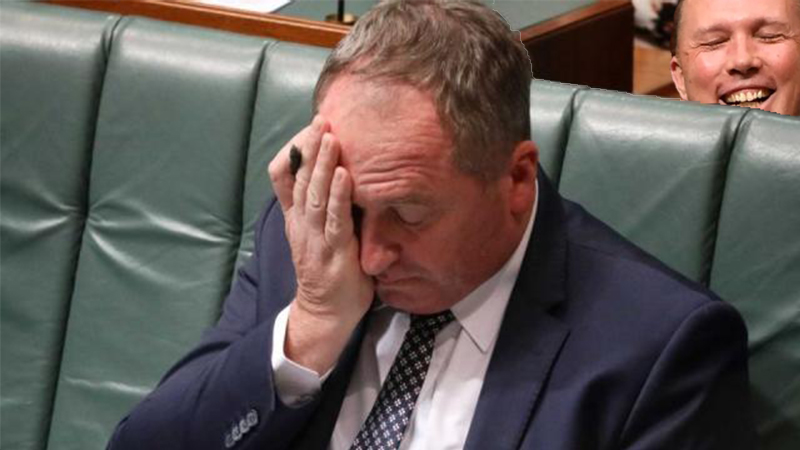 Barnaby Joyce has said he regrets getting Peter Dutton to do his numbers for him, after narrowly losing a leadership spill to Michael McCormack.

Mr Joyce said he wanted to re-enter the leadership in order to spend “less time with the family.” His family were reportedly strongly supportive of this decision.

Shortly before the ballot Mr Dutton told Joyce that, by his calculations, he had 55 out of 21 votes. However, the final vote in the ballot saw Joyce narrowly lose 11-10.

Mr Dutton told reporters he wasn’t sure what went wrong. “11-10 sounds like it was pretty close. I’ll have to get out my calculator to work out how many Barnaby lost by, but it can’t be that many. Is twelvety a number?”

Mr Joyce said that he was philosophical about his loss. “I will always support the National Party, as long as it sticks to its core mission of selling out farmers to mining interests.”