General News
“We know Prince Philip was racist, that’s why we loved him” says PM
April 10, 2021 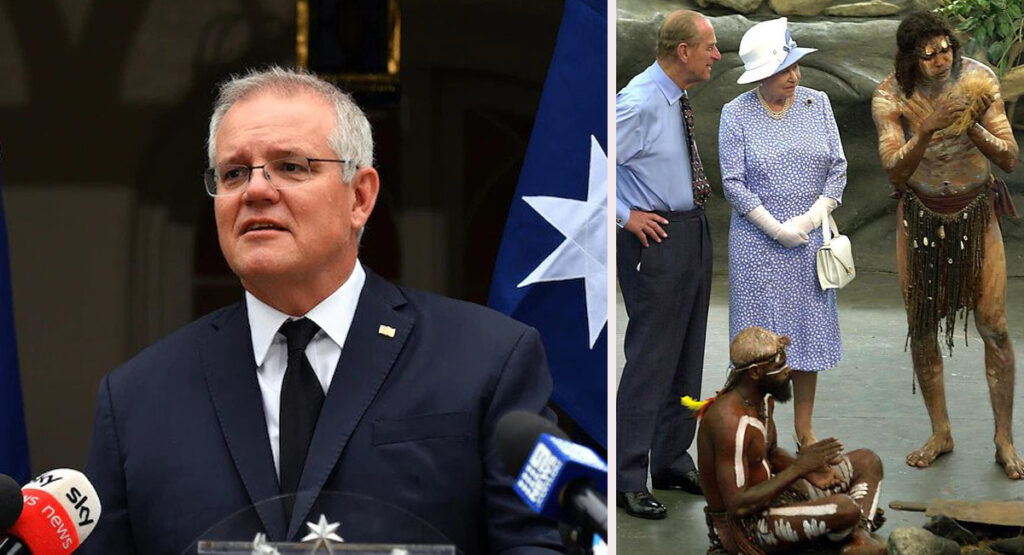 Prime Minister and guy who believes slavery is a hoax, Scott Morrison has given an impassioned speech today commemorating the loss of international racist leader and guy whose job it was to be a living symbol of an oppressive regime, Prince Philip. During the speech the PM was in his element by showing real concern for when horrible rich white guys are criticised, by slamming the ‘the PC brigade’ and claiming that ‘We know he was racist, that’s why we loved him’.

“Australians will always love Prince Philip for never letting political correctness stop him from mocking people for their race,” said the PM who claims Australia isn’t racist, “I think we don’t praise him enough for his sense of humour. He had a sense of humor Daryl Somers would call good clean fun. He was heroically unapologetic about his jokes, like when he asked Aboriginal people ‘Do you still throw spears at each other?’. It’s things like that which is why all Aussies should love him, and we haven’t even got to what he said about women yet. See he knew the only cops that are bastards are the joke police.”

After the speech the PM took time to discuss the people who have mad ‘tasteless jokes’ that have ‘disgracefully mocked’ the man.

“I think plenty of Australians out there need to learn some respect and empathy. I have recently started learning about these things so I know what it means to be empathetic. I mean what happened to sensibility? These jokes are hurtful and we should be doing more to police that sort of humour. There is a line everyone and that line is mocking a racist man who made millions by being married to someone who is in charge of multiple countries by birthright. The cancel culture needs to stop! Now if you excuse me I hear Tom Ballard is making a joke somewhere and I want to make it clear that his segment must be cancelled.”