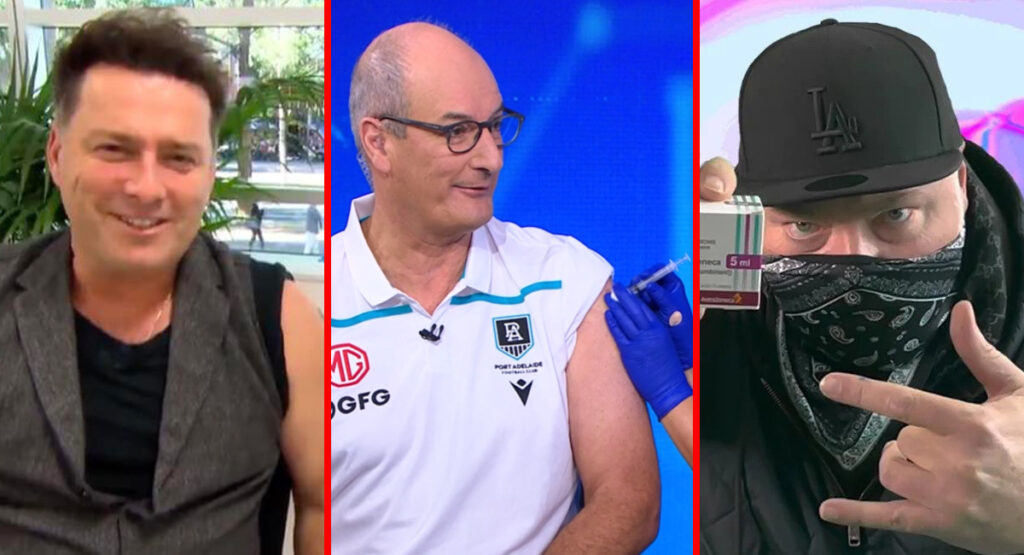 After months of media outlets and politicians on both sides deliberately spreading misinformation about vaccines in order to capitalise on fear, vaccine hesitancy in Australia has been solved by cringe inducing campaigns staring Australia’s least trustworthy fuckwits.

As both Scott Morrison and Anthony Albanese have taken stances this week declaring they are firmly against the spread of dangerous misinformation regarding vaccines and will call out those who do it as long as they aren’t members of their own party, media outlets have also gotten into the action by having their biggest fuckwits tell viewers that they have been vaccinated and media fuckwits from other networks for also bragging about getting their jab.

“We’ve got all the big names involved,” said a marketing executive involved in the campaign, “we’ve got Karl, Eddie McGuire, Kochie and now even Alan Jones has changed his tune. Turns out all he needed was a ban on YouTube and now he is admitting he got vaxxed. Plus we got the king himself, Rupert Murdoch! The best part though is definitely getting Kyle Sandilands to rap about vaccines, some say doing a parody of a song about loving dangerous drugs might have been short sighted, but if people wont trust doctors and science they will trust Scott Morrison’s favourite rapper.”

In response to the never ending posts of media people flexing and showing off that they were able to be  vaccinated, young people have taken to hating everything with one representative for young people saying, “oh so the same fuckwits that convinced my aunt to not get vaccinated are now shamming me for not getting a vaccine that isn’t available to me? Great yep, perfect. Clearly what I needed was some racist dude telling me to trust the vaccine I have been begging for now for months.”