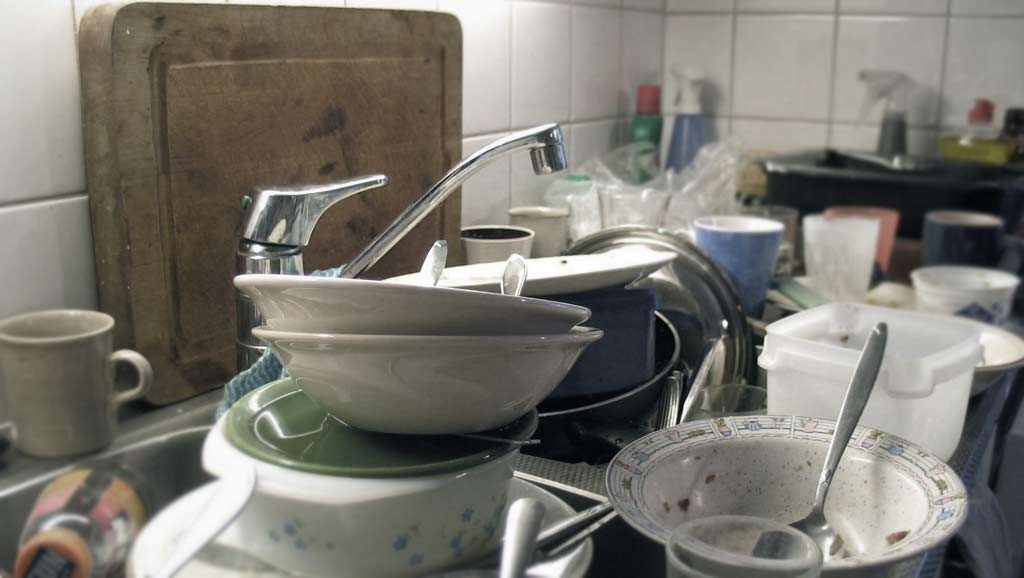 The United Nations has been forced to intervene in an inner-city sharehouse this week after a feud over who was going to wash up after a party spilled into a third month. The hostilities began shortly after master bedroom resident Ray Heston held a birthday party.

“We all chipped in to tidy the place beforehand,” claimed front-room occupier Connor Lumley, “but as soon as it came to cleaning up the next day, Lorraine [Maluna] said she wasn’t helping, because she paid for the vodka and didn’t get to drink any of it.”

“This from the woman who eats all my bread and then leaves the butter out overnight.”

The United Nations Security Council, hoping to stem the tide of refugees moving into neighbouring Jeff’s place, passed an emergency resolution calling for a roster of chores to be drawn up – a directive thus far ignored by the feuding flatmates. “The UN roadmap quite clearly states that Ray is supposed to have vacuumed by now,” Maluna said.

A house meeting has failed to ease tensions, said UN negotiator Juan Cubazzo. “We thought progress had been made when all parties agreed to look after their own mess,” he explained. “But the sauce-stained pots left on the stove tell a different story.”

Even trade sanctions have failed to elicit progress. “Woolies Homeshop won’t deliver to us anymore because we just shout at their delivery guy,” said Heston’s girlfriend, whose presence in the territory has been disputed until she starts paying rent. “Ray and I have started to hoard essential resources like toilet paper and toothpaste”.

Cubazzo believes there is a slim prospect of reconciliation because the housemates may soon be forced to band together against a common enemy. “One thing’s for sure,” Maluna admitted. “If we don’t sort this out by the time the lease ends in November, we’re never going to get our bond back.”