General News
Scott Morrison embarks on mission to the Sun after learning it’s made of gas
May 26, 2021 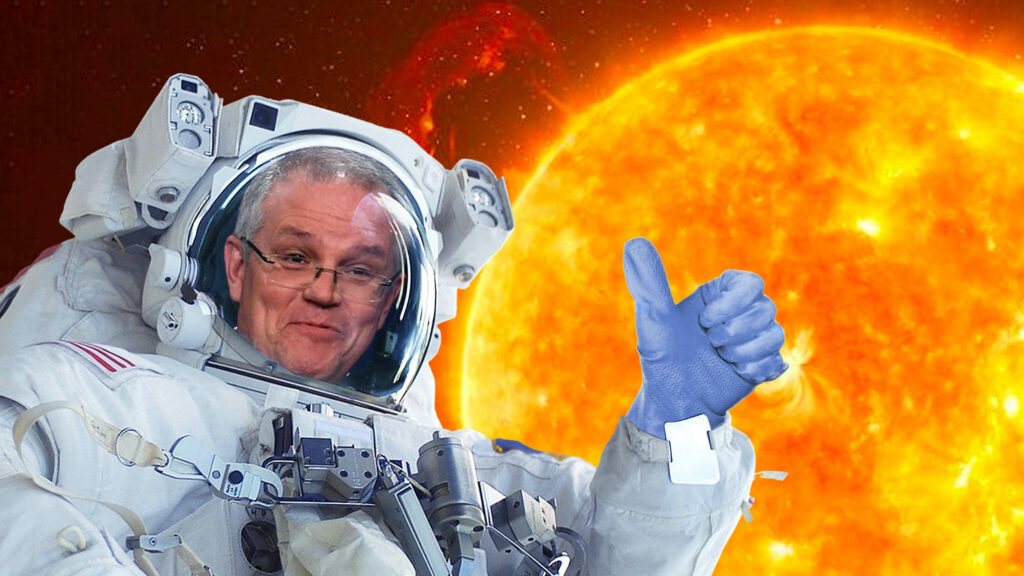 Australian gas-giant Scott Morrison has journeyed on a solo space mission to the Sun today after learning it is made of natural gas.

Scott made the amazing discovery today whilst doing a photo-op in a Year 4 science lesson. Upon hearing the news Scott immediately boarded a rocket and piloted it toward the star with a spacesuit helmet in one hand, and a lump of coal in the other.

The mission was cut short however when Morrison was forced to turn back to Earth after Mission Control reminded him that the Sun is also useful for renewable energy such as solar power.

Upon arriving home however, Morrison was stopped at the Australian border by Peter Dutton who needed to ensure that Morrison was not bringing any illegal aliens into the country.

When asked why he thought it was possible to fly into the Sun in the first place, Morrison responded that his foolproof plan was to embark on the mission at night while the Sun was down.