loading...
General News
Scott Morrison elected Prime Minister for the next 6 months
1st of your 1,000,000 free articles this month 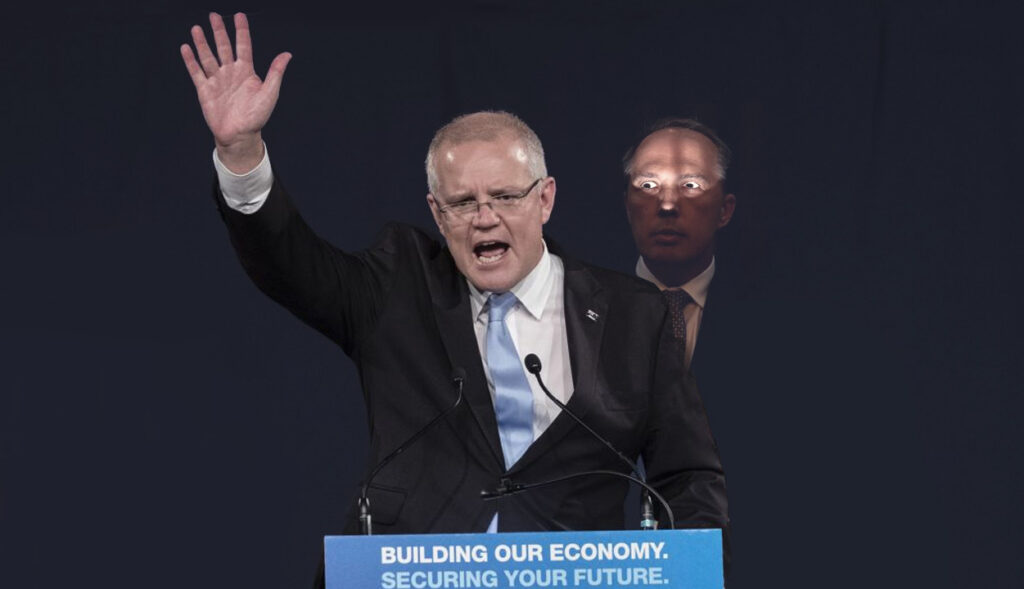 The nation is in shock today, following news that a Prime Minister has lasted more than three months in the job, a feat thought near impossible by election analysts and pollsters across the country.

“I am here for the long run. Just because every leader in the past decade was stabbed in the back, does not mean that will happen to me,” said an ecstatic Morrison declaring victory last night. “Jesus fucking chri… oh Dutton sorry didn’t see you there lurking in the dark behind me! Gave me quite the fright. What are you doing with that knife? Cutting me some election victory cake?”

However, Morrison’s victory may be short lived, with reports that there are already plans within the Liberal Party to roll him following what was seen as a complete failure of an election campaign. “We were supposed to lose!” said Mathias Cormann on the condition of anonymity. “Jesus Christ what are we going to do now when that budget surplus we predicted magically vanishes again! That was supposed to be Labors problem. Scott really messed this one up.”