General News
Mike Pence booed because he somehow got tickets to Hamilton
November 21, 2016 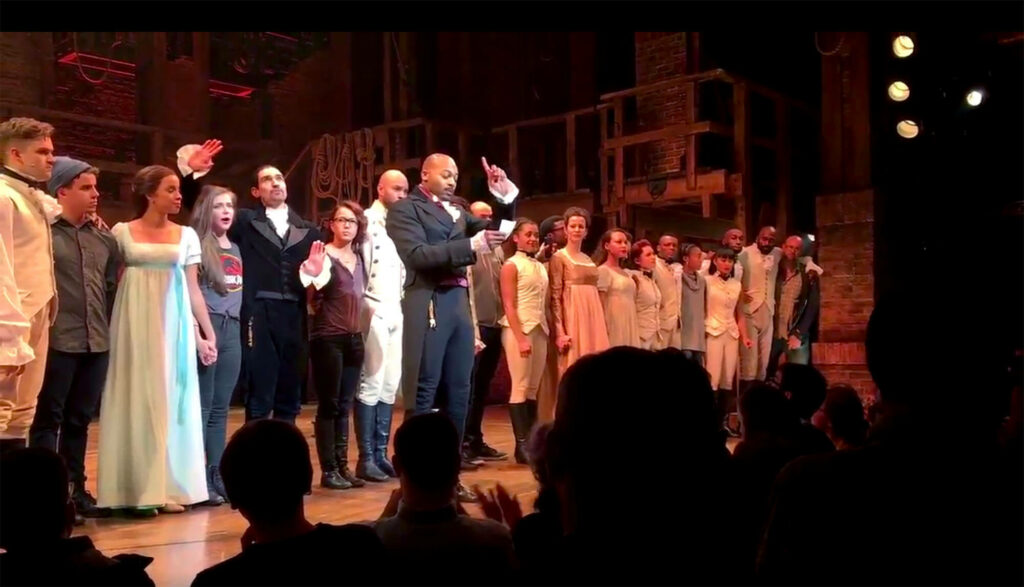 It’s the show that is notoriously impossible to get to see, and yet Republican Vice President Elect Mike Pence waltzed right in and had the time of his life.

At last Friday’s performance of smash hit hip hop musical Hamilton, Mr Pence was booed by the crowd as he entered the Richard Rodgers Theatre in New York City, as they were apparently appalled that he could get to see the show so easily.

The event is captured by many audience members filming on their phones. In one video, a fellow theatre-goer in the crowd is heard to yell out “I paid $900 for this ticket Mike!” as he sobs and runs into the lobby, clutching a Playbill to his chest.

Since its premiere on Broadway just over a year ago, Hamilton has quickly grown into one of the biggest theatre successes of all time, winning several Tonys, a Grammy, the Pulitzer Prize, and with tickets sold out years into the future.

The show has earned high respect and accolades from hip hop artists nationwide, and has become the obsession of many white people on Facebook.

Each day the street outside the Richard Rodgers Theatre is packed with fans camping out all day in the hope to score some cancellation tickets.

“I have been lining up here every day for a month trying to get a ticket. I lost my job. I can only afford deodorant. Why is Mike Pence in there and not me?”

Other punters weren’t so restrained with their outrage.

“It’s the world’s hottest ticket and somehow that dickhead got to see it!”

“He believes in gay conversion therapy! Why the fuck is he seeing a musical?!”

Sources close to Pence have said that they aren’t even sure he knew he would be surrounded by homosexuals when seeing the show.

As an aide to Pence told the Chaser, “He saw Porgy and Bess in 1999 and so for some reason he thought he would love all musicals.”