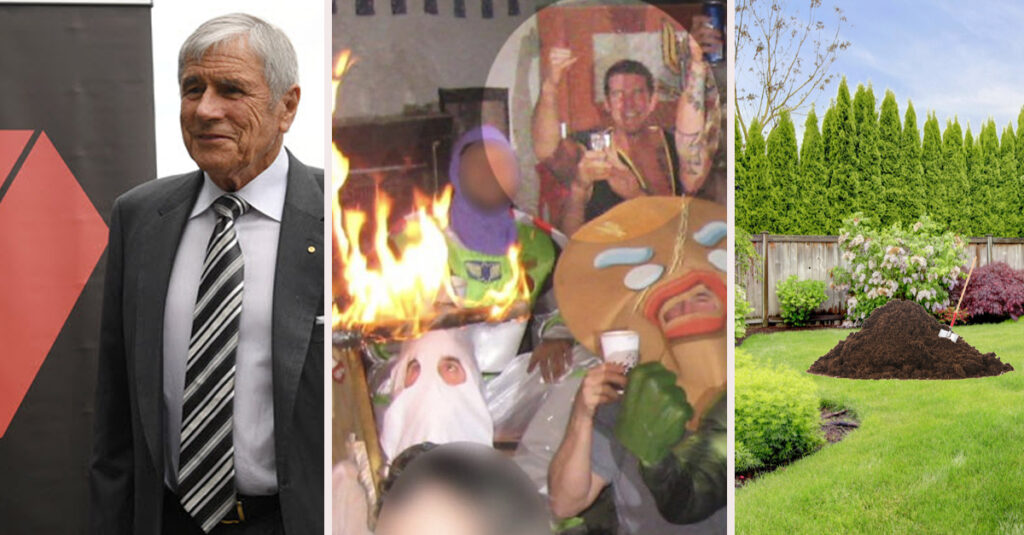 Chair of the War Memorial and head of a racist conspiracy theorist cell known as ‘Channel Seven’ Kerry Stokes has announced today that he alongside Channel Seven Queensland director and alleged ‘war hero’ Ben Roberts-Smith has sued Ben Roberts-Smith’s backyard for defamation. According to Stokes, the backyard presented Ben R-S as a ‘war criminal who partied with racists’ which in turn makes Stokes look like he is ‘pro-war criminal’.

“It is outrageous to claim I would celebrate war or war crimes,” said the man planning to spend $500m of taxpayer money to add in a celebration of Aussie war and war crimes to the War Memorial, “I just think it is defamatory to paint Ben out as some sort of war criminal just because of physical evidence of him committing war crimes. I will be suining the backyard and doing everything in my power to end these sorts of revelations, funded directly by the Channel Seven advertisers who always stick with us no matter what.”

“The backyard completely broke BRS’ privacy by revealing his personal time capsule. Shameless dirt digging lead to the unearthing of his private collection, it was truly a disgusting and defamatory. I mean hanging out with white supremacist? Do you really think that sounds like something a Channel Seven employee would do. Also I hear that the backyard was illegally holding confidential information, what was it doing with that information? Sounds like we all know who the real criminal is.”

In response to the revoluations, a restraining order was placed against Ben Roberts-Smith requiring him to stay away from the backyard after he allegedly told the backyard that he would “fucking end you”.