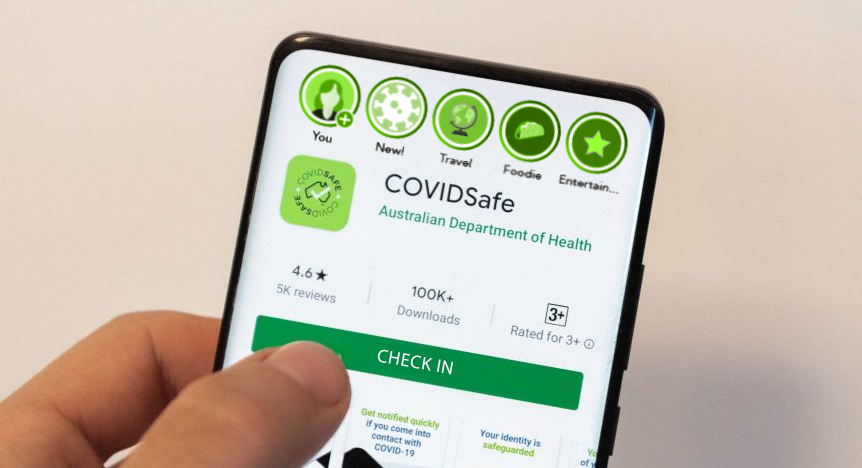 Prime Minister of NSW Scott Morrison has today announced his government has finally fixed the Covid Safe App, following a string of failures that saw the app fail to do the one thing it was designed to do. The guy whose existence proves that Gen X are now old announced today that he has teamed up with all the leading social media companies to address the apps shortcomings, by adding the Stories feature that is apparently crucial for every app to have.

“Our developers have teamed up with the social media companies to find exactly what it is people want in an app, and they all told us one thing: more ways to post inane life updates. Now you are able to trace your contact all while putting up a photo of a leaf or a sunset overlaid with some faux-deep caption. That’s bound to even win over the anti-vax Byron crowd.”

“But that’s not all,” ScoMo continued. “Now you can use those fun Bitmojis to tell everyone you have COVID, or you can use the check-in feature to let friends know which restaurant you’re crowding into that night while you’re supposed to be isolating. Also we have updated the layout by moving all the health information to a random spot that is more annoying to access in order to force you to look at all the ads. Oh yea, by the way it now has ads.”

However, if uptake does not increase to at least 60% of the population, the government says they may still go for the nuclear option. “Failing all else, we’re prepared to go to stage three, which is guaranteed to get everyone using the app,” explained one government official. “To dumb it down to layman’s terms, it’s basically where we allow users to watch pornography on the app. Barnaby Joyce has helpfully been testing out the beta-version and we were amazed at the results, usage has absolutely skyrocketed. Especially during work hours.”