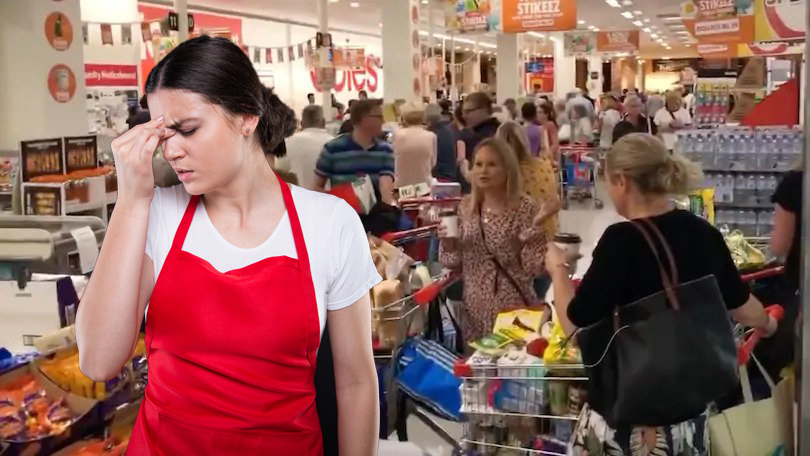 By Daniel Patrick and Charles Firth

In a sad turn of events, the worker who staffed the “12 items or less” register at the local Coles has been made redundant.

The manager said he was disappointed to let the worker go, but nobody had used the lane in three weeks. “We thought of turning it into a 120 toilet rolls or less’ register, but nobody would have used that either.”

“And then we thought of turning it into a 12 million items or less aisle, but people aren’t doing those small, quick shopping trips at the moment.”

The sacked employee had been a loyal and popular checkout worker at the local Coles for 12 years, and had been underpaid for only seven of them. She was known for letting people with 13 or even 14 items through, and was considered a “saint” by people who regularly buy 13 or 14 items.

The employee says she is optimistic about finding work in the future. “Sure the economy is tanking,” she shrugged, “but the government is giving tax breaks to companies who buy $150,000 cars on the company dime, so that’ll be a great help to me.”