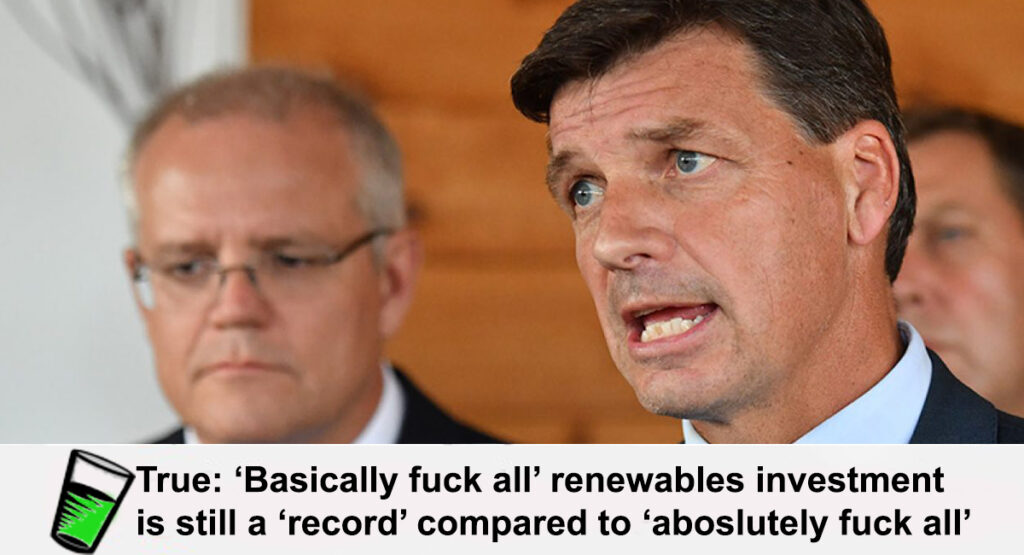 In his response to the criticism, Angus Taylor has declared that the government has had “record investment in renewable energy” compared to recent years.

While the minister’s claim that keeping unprofitable coal power plants open will ‘keep prices low’ is difficult to confirm, given he forgot to account for “reality” in his equations, the claim that Australia has improved in our renewables investment is true.

However since they will be funding coal plants even when they become obsolete, we have rated the government’s claim that Angus Taylor is the minister for ‘energy reduction’ as “bullshit”.