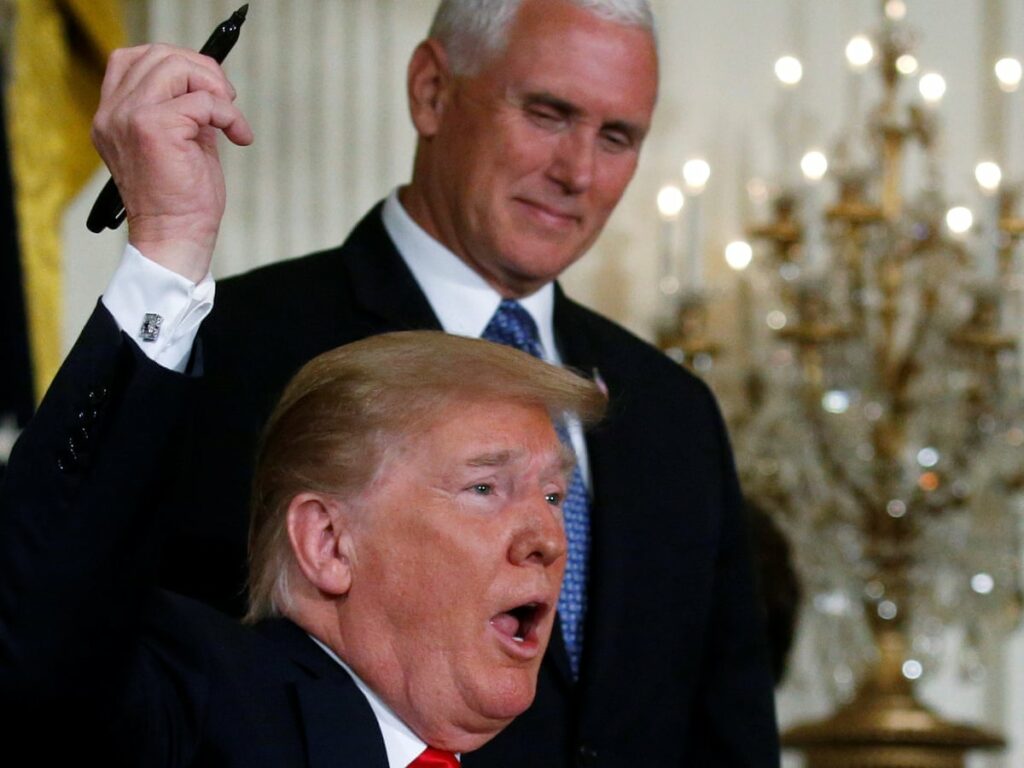 Spoiled Man-child and guy whose name starts on the naughty list by default to save time, Donald J. Trump has today thrown out a last ditch effort to find the magical non-existent evidence of voter fraud by penning a letter to the only real person with the magic to be able to manufacture the evidence of his manufactured lies being true, Santa Claus. Mr Trump reportedly took time out from his busy day of playing golf to take care of the pressing matter.

Our reporters have managed to get an exclusive look at the leaked document thanks to a source who we will not name, but what we will say is they bake delicious cookies and told us that they leaked it because “I know the only reason he hasn’t tried to grab my pussy is because I am too old for him and he thinks my husband is actually Tim Allen meaning they would share a lot of the same views.”

The letter written in sharpie with little crayon drawings of Joe Biden dying surrounding it, reads as follows:

IT IS ME, YOU’RE PRESIDENT AND FAVOURITE BOY DONALD J TRUMP! YOUR WELCOME!

AS YOU WOULD ALREADY KNOW I HAVE BEEN SUCH A GOOD BOY THIS YEAR, THE BEST, PEOPLE HAVE BEEN SAYING THAT A LOT OF PEOPLE, SO MANY PEOPLE. THIS YEAR ONLY 300000 PEOPLE DIED THANKS TO ME. ALSO I STOPPED THE PARIS AGREEMENT SO THAT IT COULD BE A BIT WARMER WHERE YOU ARE, YORE WELCOME. EVEN OSAMA BIN LADEN’S NEICE ENDORSED ME.

I KNOW USUALLY I ASK FOR IVANKA’S HAND IN MARRIAGE BUT SINCE YOU STILL HAVEN’T GRANTED THAT WISH OR CHANGED THAT LAW VERY RUDE, THIS YEAR I WANT YOU TO MAKE UP SOME EVIDENCE OF VOTER FRAUD. I KNOW THAT IF MY TEAM HAS THE SKILL TO STOP ME FROM PAYING TAX YOU CAN STOP EVIL JOE AND KAMAMAMALA FROM STEALING THIS ELECTION. ALSO INSTEAD OF GIVING THEM COAL THAT WE COULD BE BURNING COULD YOU JUST GIVE THEM THE RONA AND FAUCI AND AOC AND MY NIECE. THEYOR ALL BULLIES!

ALSO REMEMBER THAT TIME I TOLD THAT KID THEY WERE TWO OLD TO BELLEVE IN YOU? I DID THAT BECAUSE I WANT YOU ALL TO MYSELF SO YOU OWE ME ONE. SO LETS SORT SOMETHING OUT LIKE I DID WITH THE UKRAINE, PLEASE TALK TO DON JNR AND THE OTHER BOY IF TO ORGANISE SOMETHING.

CONGRATULATIONS ON GETTING A LETTER FROM ME,

Update: In response to the leaked documents, President Trump has launched an attack on the North Poll, sending multiple nukes to the location. The death toll is still yet unknown, but scientists are worried about the effects this unprecedented attack may have on the already endangered species Elves. According to sources in the White House, President Trump said he hopes that this will “avenge the heroic efforts seen in the documentary ‘The Grinch’ that were stopped by those evil whovians”. More on this story as it develops…