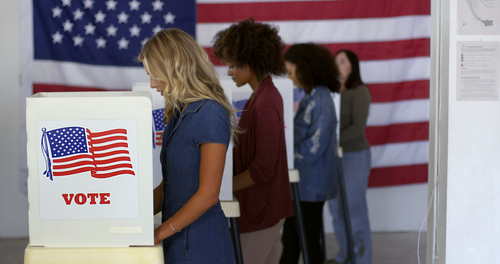 As pro-democracy protests continue across the US while it pushes closer to becoming a 3rd world nation, some people have become a bit confused as to what the protesters are demanding in order to ‘save democracy’ here’s a quick explainer to clear things up.

When do you uphold the result of a vote?

A finalised vote count is only acceptable and reliable when it’s clear that the vote hasn’t been meddled with or disturbed by election fraud. Luckily, Trump and his supporter base have a simple test you can use to spot fraud: if the result ends with Joe Biden getting more votes than Donald J. Trump, then fraud has been committed.

When should a vote be recounted?

Since the only other suitable candidate is Kanye West and he only got 60,000 votes, clearly any state that didn’t vote Trump probably had rampant voter fraud. Especially when mail-in-ballots are concerned. Everyone voting via mail are fraudsters, period! Unless you voted for Trump, obviously. They are upstanding citizens who are just exercising their rights.

When should you continue counting votes?

Well counting votes is a crucial part of democracy and needs to be done thoroughly. While this might take time, it is crucial all votes are taken in. Especially if it looks like Biden might win, to stop a vote now would be allowing a traitor into the White House, and that can’t happen. So, keep counting until it’s final, then you can trust that it’s over. Unless you need a recount because sleepy Biden faked the votes in the state. You can’t trust the voting systems you idiot!

When should counting votes be stopped?

Counting votes is a crucial part of democracy but the more votes you take in the more time you let the devil worshipping Democrats steal this election! If Trump is currently in the lead, there is no need to continue counting because obviously any change from there is rigged. I mean how could some states be done and others not? It doesn’t matter if Trump blocked some states from beginning the count of absentee voting until after the election day, votes should only be counted on election day! Unless those votes are for Trump.

Some experts have noted that some areas where the Trump supporters are demanding they stop counting votes Biden is actually in the lead currently. However, those votes need to be stopped because the lying liberal media forced their agenda onto the results and the results are a lie. So, by continuing this vote you are letting the lying liberal media steal this election and the official vote count they don’t have any control over. It’s diabolical.

Well I don’t know what to tell you. What the fuck do you want from me? Trump supporters somehow seem to think in five-dimensions, and none of those dimensions are reality. What you thought I was going to rationalise that shit? How?